Global Governance, Global Economics, Governance, Developing Countries, Sustainable Development
Daniel Kaufmann, Senior Fellow, Global Economy and Development
The Brookings Institutio
SEPTEMBER 24, 2010 —
Editor’s Note: The updated version of the Worldwide Governance Indicators, covering 213 countries over the 1996-2009 period was released today at www.govindicators.org. It is accompanied by a new report, "The Worldwide Governance Indicators: Methodology and Analytical Issues." The WGI constitute one of the largest and well-known compilations of cross-country data on governance./.../
Posted by Aloyzio Achutti at 11:18 PM No comments:

Posted on February 22, 2010 by Bernard Lown| 6 Comments
Imagine a new head of state rising to absolute power in a country threatening our extinction. Imagine further that an American doctor enters that leader’s inner sanctum and that the two hold a lengthy conversation. Would the American media not widely report the meeting and besiege the physician?
Such an event actually took place. The country was the Soviet Union, then targeting the United States with a vast nuclear arsenal. The new leader was Mikhail Gorbachev, and I was the American doctor. We met in the Kremlin on December 18, 1985, and conversed for three hours.
Outside Russia little was known about Gorbachev. He had unexpectedly been anointed general secretary of the Communist Party, the highest office in the USSR. Before that he was the minister of agriculture, a dead-end position that in the past had led to political oblivion. Gorbachev, who unlike any of his predecessors was born after the October Revolution, had not been part of the Moscow Communist Party bureaucracy. In further contrast to the ossified gerontocracy that had dominated the Politburo for decades, Gorbachev was in his early 50s, highly intelligent, well educated, brilliantly articulate, and bursting with charisma.
END_OF_DOCUMENT_TOKEN_TO_BE_REPLACED END_OF_DOCUMENT_TOKEN_TO_BE_REPLACED /.../
Posted by Aloyzio Achutti at 9:38 AM No comments:

Most people think luck, treatment options and lifestyle choices shape whether they are healthy or not. After all, that is the current mantra – eating better and exercising will lead to a healthier existence – a mantra that Canadians have wholeheartedly internalized. But that’s only part of the equation, and not the biggest part, says Raphael, a professor in York's School of Health Policy & Management in the Faculty of Health.
What makes us sick has less to do with lifestyle, says profWhat makes us sick? Is it genetics or lifestyle? Is it too many burgers, too much alcohol, not enough exercise? Not according to York Professor Dennis Raphael, who, like the fourth-century BC philosopher Plato, attributes poor health to living conditions. Things like income level and people’s access to food, housing, education, and health and social services, are what determines whether people are ill or healthy, he says.
That’s contrary to what most Canadians believe, says Raphael in his new book About Canada: Health and Illness (Fernwood Publishing, 2010), which looks at who stays healthy, who gets sick and why. It’s written with the goal of educating the informed Canadian, as well as university students.
“Decades of research and hundreds of studies in Canada and elsewhere tell a different story: the primary factors that shape the health and well-being of Canadians – the factors that will give us longer, better lives – are to be found not in those much-discussed areas, but rather in the actual living conditions that Canadians experience on a daily basis,” says Raphael inAbout Canada: Health and Illness.
Posted by Aloyzio Achutti at 9:25 AM No comments:

the First Nine Months Shape the Rest of Your Life

How the First Nine Months Shape the Rest of Your Life

Pregnant Woman
Heide Benser / Corbis
There's a list of conventional answers to these questions. We are the way we are because it's in our genes. We turn out the way we do because of our childhood experiences. Or our health and well-being stem from the lifestyle choices we make as adults.

SHAUL SCHWARZ / REPORTAGE BY GETTY FOR TIME
The Sargasso Sea has no shores. The 2 million-sq.-mi. body of water in the middle of the Atlantic is defined by two features: the ocean currents forming the North Atlantic subtropical gyre, which cycles around the sea, and sargassum, the free-floating golden-brown seaweed. The sargassum can be found scattered throughout the sea, sometimes entwined in vast waterborne mats. When Christopher Columbus encountered the sargassum while crossing the Atlantic, he ordered his men to fathom the depths, believing he had struck land. The oceanographer Sylvia Earle, though she prefers not to think in land-based metaphors, calls the sargassum "the golden rain forest of the sea," a base for scores of juvenile creatures, a floating nursery in a sea that was long believed to be a watery desert. She has traveled to Bermuda, on the western fringes of the Sargasso Sea, to see the sargassum and the ocean life she has worked for decades to protect. "The sargassum is the shelter," she says as her boat passes beyond Bermuda's coral reefs. "It is the island in the stream."/.../
Posted by Aloyzio Achutti at 9:27 AM No comments:

Helen Faith Keane Reichert was born on Nov. 11, 1901 on Manhattan’s

The Secrets of the Supercentenarians
By Samiha Shafy
Der Spiegel
How is it possible to live more than a century yet still remain healthy and lucid? Scientists believe there may be a genetic link. The Kahn siblings in America, aged 108, 104 and 100, are helping researchers to unlock those secrets.
Helen is 108 years old. She hates salads, vegetables, getting up early and just about everything that has to do with a healthy lifestyle. She loves rare hamburgers, chocolate, cocktails and nightlife in New York: all the exotic restaurants, Broadway shows, movie theaters — where she recently saw “Iron Man 2″ — and the Metropolitan Opera. That’s where she attended her first opera, “Samson et Delila,” in 1918. It was a present from her father for her 17th birthday.
Posted by Aloyzio Achutti at 2:24 PM No comments:

State of the Heart’ CVD Report

State of the Heart’ CVD Report

Every year, 17.1 million lives are claimed by the global burden of heart disease and stroke - 82% of which are in the developing world . The number of deaths – especially in low- and middle-income countries (LMICs) – is alarming and saddening, particularly since through steps such as eating a healthy diet, regular physical activity and avoiding tobacco, the majority of these deaths could be prevented.
On the occasion of the 10th anniversary of World Heart Day the World Heart Federation, in partnership with the World Health Organization (WHO) and the World Economic Forum (WEF), is launching the ‘State of the Heart’ CVD Report.
Download the ‘State of the Heart’ CVD Report >
Posted by Aloyzio Achutti at 11:58 AM No comments:


New Discoveries into the Pathogenesis of Type 1 and Type 2 Diabetes
STOCKHOLM -- In this exclusive press conference coverage, researchers discuss new findings in the pathogenesis of diabetes, including the potential involvement of environmental factors such as enteroviruses in triggering type 1 disease and DNA methylation in muscle cells leading to insulin resistance in patients with type 2 diabetes.
Wednesday, September 22 Available Now
Posted by Aloyzio Achutti at 9:56 AM No comments: 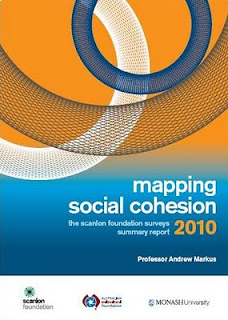 What is social cohesion?
As a concept, social cohesion has a long tradition in academic enquiry. It is of fundamental importance when discussing the role of consensus and conflict in society. From the mid‐1990s, interest in the dynamics of social cohesion grew amid concerns prompted by the impact of globalisation, economic change and fears fuelled by the ‘war on terror’. There is, however, no agreed definition of social cohesion. Most current definitions dwell on intangibles, such as sense of belonging, attachment to the group, willingness to participate and to share outcomes. They include three common elements: Shared vision: Most researchers maintain that social cohesion requires universal values, mutual respect and common aspirations or identity shared by their members.
A property of a group or community: Social cohesion tends to describe a well‐functioning core group or community in which there are shared goals and responsibilities and a readiness to cooperate with the other members.
A process: Social cohesion is generally viewed not simply as an outcome, but as a continuous and seemingly never‐ending process of achieving social harmony.
Differences in definition concern the factors that enhance (and erode) the process of communal harmony, and the relative weight attached to the operation of specific factors. The key factors are:
Economic: Levels of unemployment and poverty, income distribution, population mobility, health, life satisfaction and sense of security, and government responsiveness to issues of poverty and disadvantage.
Political: Levels of political participation and social involvement, including the extent of voluntarism, the development of social capital, understood in terms of networks, norms and social trust that facilitate coordination and co‐operation for mutual benefit.
Socio‐cultural: Levels of consensus and divergence (homogeneity and heterogeneity) on issues of local and national significance.


Regulatory Action on Rosiglitazone by the U.S. FDA

Janet Woodcock, M.D., Joshua M. Sharfstein, M.D., and Margaret Hamburg, M.D.
There have been ongoing concerns about the safety of the diabetes drugs containing rosiglitazone (Avandia, Avandaryl, and Avandamet) — a thiazolidinedione antidiabetic agent indicated as an adjunct to diet and exercise to improve glycemic control in adults with type 2 diabetes mellitus.
In 2007, a meta-analysis of controlled clinical trials found increases in the risk of myocardial infarction and a near-significant increased risk of death from cardiovascular causes when rosiglitazone was compared with placebo or with standard diabetes drugs.1 Following an advisory committee meeting held in July 2007, the U.S. Food and Drug Administration (FDA) added information about the possibility of ischemic cardiovascular risk to the drug’s existing boxed warning. At the same time, the FDA also required the sponsors to conduct a head-to-head cardiovascular safety trial of rosiglitazone versus pioglitazone — the other antidiabetic drug in this class available in the United States. After new data became available, the FDA held a second advisory committee meeting on rosiglitazone safety on July 13 and 14, 2010. On September 23, 2010, the FDA announced regulatory actions stemming from these deliberations
...................
The case of rosiglitazone underscores the need for a robust evidence base to demonstrate the safety of medicines administered long-term. The FDA is committed to advancing the science of drug safety evaluation, during both drug development and in the postmarketing period.
Editor’s note: The European Medicines Agency also took regulatory action on rosiglitazone on September 23 (www.ema.europa.eu/docs/en_GB/document_library/Press_release/2010/09/WC500096996.pdf).
This article (10.1056/NEJMp1010788) was published on September 23, 2010, at NEJM.org../.../
Posted by Aloyzio Achutti at 1:11 AM No comments: