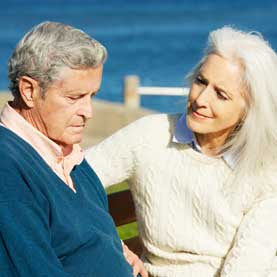 When a loved one starts to forget names, faces, appointments or other details, waiting for the correct diagnosis can be agonizing.Image: ThinkStock
Forgetfulness is accepted as a natural part of getting older, but it might not have to be. Scientists say they have identified an important biological mechanism in the brain that underlies the sorts of memory lapses that come with age. The condition is familiar to just about anyone who has lived more than a few decades and is often marked by frustrated utterances like “Where did I park the car?” and “What am I doing here?”
The latest research, which was reported in the journal Science Translational Medicine,provides further support of the idea that this kind of forgetfulness is distinct from Alzheimer’s disease, and offers clues to how we might someday prevent or even reverse age-related memory decline.
The early stages of Alzheimer’s disease can be difficult to distinguish from the typical memory loss that accompanies aging. When a loved one starts to forget names, faces, appointments or other details, waiting for the correct diagnosis can be agonizing. The current study, led by Eric Kandel, a neuropsychiatrist at Columbia University who won the Nobel Prize in Physiology or Medicine in 2000 for his work on memory, might one day lead to a diagnostic test for common forgetfulness. The results could help to rule out Alzheimer’s disease earlier—before more unmistakable symptoms begin to appear—and “save people anxiety when they begin to have memory deficits,” Kandel says.
From a neurological point of view, Alzheimer’s disease and age-related memory decline both begin in the hippocampus, a structure in the brain that is involved in converting memory from short-term to long-term. But the problems caused by Alzheimer’s start in a section of the hippocampus called the entorhinal cortex and then spread to other parts of the brain whereas the trouble with age-related memory decline seems to affect primarily a part of the hippocampus called the dentate gyrus. Autopsy studies to date suggest that the latter is mostly untouched in Alzheimer’s patients.
In the first phase of their study Kandel and his team examined the brains of eight recently deceased people aged 33 to 88 who did not have any neurological disorders. The investigators looked for changes in gene activity that corresponded with signs of aging in the dentate gyrus but not in the surrounding tissue. After singling out 17 potentially responsible genes they found one—the gene for a protein called RbAp48—that seemed more promising than the others because levels of the protein were so much lower in the dentate gyri of the brains donated by elderly individuals.
The results of the brain tissue examination established a correlation between low RbAp48 levels and memory decline, but the researchers still could not tell if the drop was the reason behind the memory deficit in the first place, or if the presence of both was simply a matter of coincidence. To answer that question, the researchers tested the memory of mice that had been genetically engineered to be deficient in RbAp48./.../
Posted by Aloyzio Achutti at 10:55 PM No comments:

Electronic cigarettes may be a creation of the early 21st century, but critics of the devices say manufacturers are increasingly borrowing marketing tactics that are more reminiscent of the heady days of tobacco in the mid-1900s.
With American smokers buying e-cigarettes at a record pace — annual sales are expected to reach $1.7 billion by year’s end — e-cigarette makers are opening their wallets wide, spending growing sums on television commercials with celebrities, catchy slogans and sports sponsorships. Those tactics can no longer be used to sell tobacco cigarettes, but are readily available to the industry because it is not covered by the laws or regulations that affect the tobacco cigarette industry. The e-cigarette industry is also spending lavishly on marketing methods that are also still available to their tobacco brethren, including promotions, events, sample giveaways and print ads.
Posted by Aloyzio Achutti at 7:24 AM No comments:

Follow@TIMEHealthland
Often, the first signs of the disease are symptoms such as tremor in the fingers, chin or lip, loss of smell or a more rigid facial expression. Now an encouraging new test may help to diagnose Parkinson’s before those symptoms appear, when treatments might be more effective.
Researchers from the University of Pennsylvania report in the journal JAMA Neurology that certain proteins appearing the spinal fluid may be the key to identifying affected patients early in the disease process, long before symptoms set in. The results, which came from the five-year Parkinson’s Progression Markers Initiative (PPMI), are the first to find so-called biomarkers unique to Parkinson’s patients./.../

Therapy is all about learning how to cope and manage difficult situations better, but sessions may not always equip patients with the practical tools they need to face challenges when they occur.
In fact, the latest research suggests that just when self-control is critical—such as during frightening or traumatic situations— stress impairs the parts of the brain that are essential for staying rational. That means that cognitive behavioral therapy (CBT) — the most effective talk therapy for treating anxiety disorders and depression — can fail patients just when they need these coping skills the most./.../
Read more: http://healthland.time.com/2013/08/27/how-stress-can-make-therapy-sessions-more-effective/#ixzz2dP4CTPAo
Posted by Aloyzio Achutti at 8:23 PM No comments:

(WASHINGTON) — Bottles of Tylenol sold in the U.S. will soon bear red warnings alerting users to the potentially fatal risks of taking too much of the popular pain reliever. The unusual step, disclosed by the company that makes Tylenol, comes amid a growing number of lawsuits and pressure from the federal government that could have widespread ramifications for a medicine taken by millions of people every day.
Johnson & Johnson says the warning will appear on the cap of each new bottle of Extra Strength Tylenol sold in the U.S. in October and on most other Tylenol bottles in coming months. The warning will make it explicitly clear that the over-the-counter drug contains acetaminophen, a pain-relieving ingredient that’s the nation’s leading cause of sudden liver failure. The new cap is designed to grab the attention of people who don’t read warnings that already appear in the fine print on the product’s label, according to company executives./.../
Read more: http://healthland.time.com/2013/08/29/jj-tries-new-cap-to-curb-fatal-tylenol-overdoses/#ixzz2dOzA3w2Y
Posted by Aloyzio Achutti at 8:03 PM No comments: 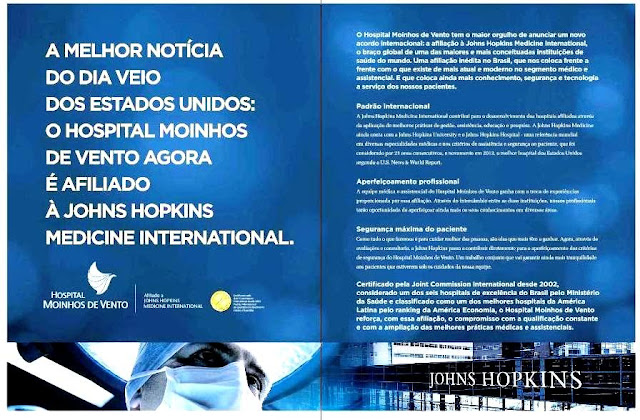