Cholesterol Drug Use in Healthy People

The AstraZeneca booth at the American College of Cardiology convention this month in Atlanta. 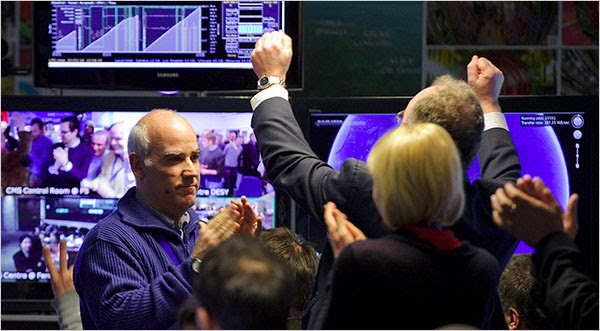 WHAT’S SO BAD ABOUT DYING?


WHAT’S SO BAD ABOUT DYING?

Dr. Michael de Ridder says that, “today about one in 20 patients survives resuscitation. Take away those who leave the hospitals requiring long-term intensive care
and the success rate drops.”
Der Spiegel
Michael de Ridder, the head of the emergency ward at a Berlin hospital discusses how modern medical advances are making death more complicated for patients with little hope of living. He makes a plea for doctors to allow people to die with greater dignity.
Posted by Aloyzio Achutti at 3:21 PM No comments:

Time: Monday, Jan. 12, 1981
A new international campaign against nuclear war
"How can we dispel the notion of some people that anyone will survive a nuclear war? How can we as doctors influence people to prevent any further buildup of nuclear arms?" These are not the questions of an American pacifist but of Dr. Yevgeni Chazov, the Soviet Union's deputy minister of health and an official physician to President Leonid Brezhnev. Moreover, Chazov's view is at variance with some statements by Soviet officials implying that since fewer Soviet citizens are likely to die in an atomic holocaust than Americans, the U.S.S.R. would therefore win.
The idea that either superpower could emerge victorious from a nuclear war is also gaining currency among some U.S. strategists. Vice President-elect George Bush told the Los Angeles Times a year ago that he believed there was such a thing as "a winner in a nuclear exchange." He was echoing the views of some U.S. strategists, including the Hudson Institute's Colin Gray and Keith Payne, who have argued that "the U.S. must possess the ability to wage nuclear war rationally." Alarmed by such statements, some American and Soviet physicians have decided to begin a campaign to dispel what they consider to be a dangerous myth of survivability that may increase the possibility of a nuclear war.
According to U.S. experts, a 20-megaton nuclear warhead, 1,000 times as powerful as the atomic bomb dropped on Hiroshima, detonated over Boston would destroy everything within a four-mile radius. Up to ten miles away from ground zero, fire storms would devastate all buildings and trees. Of the 3 million inhabitants of metropolitan Boston, 2.2 million would be killed outright. Almost every survivor would be maimed, burned or in shock. Of the 6,000 physicians in the area, only 900 would be fit enough to treat the injured. In time, survivors would develop new and virtually incurable ailments, such as severe radiation poisoning and reactions to contaminated food and water.
The recital of this scenario by Dr. Howard Hiatt, dean of Harvard's School of Public Health, stunned a conference in Cambridge, Mass. Declared Hiatt: "Inadequate means of dealing with an epidemic permits only one approach—that of prevention."
To that end, a group of U.S. physicians, headed by Harvard Cardiologists Bernard Lown and James Muller, has organized International Physicians for the Prevention of Nuclear War, Inc. They have recruited several eminent Americans, including Jonas Salk and Nobel Laureate Hamilton Smith. They also got a strong endorsement from Chazov, who wrote: "The medical profession should more actively protest against the senseless policy of increasing arsenals of thermonuclear arms."
At the organization's first conference, scheduled for late March at Airlie House near Washington, some 60 participants from Japan, France, Britain, the U.S. and the Soviet Union will discuss the medical history of Hiroshima and Nagasaki and attempt to determine what the effects of a future thermonuclear war might be. They also hope to present their findings to congressional committees and Reagan Administration officials.
Both Soviet and American physicians are keenly aware of the danger of being used for propaganda purposes by their own, as well as each other's politicians. Says Chazov: "I think our movement would lose a lot of credibility if it became political." ∎

EMP: The Next Weapon of Mass Destruction?

If America needs a new threat around which to organize its defenses, try this one: Bad guys explode nuclear weapons miles above U.S. soil, sending out an electromagnetic pulse (EMP) that fries the electronic guts of everything in America. The nation's financial and transportation systems collapse, hospitals and the Internet go dark, water and electrical grids freeze and runaway Toyotas with electronic throttles are finally brought to a stop. "The EMP resulting from the blast would cause widespread damage, devastating the economy and resulting in the deaths of millions of Americans," the hawkish Heritage Foundation warned last week, launching a call on Congress to establish an EMP Recognition Day./.../


"When one individual inflicts bodily injury upon another such injury that death results, we call the deed manslaughter; when the assailant knew in advance that the injury would be fatal, we call his deed murder. But when society places hundreds of proletarians in such a position that they inevitably meet a too early and an unnatural death, one which is quite as much a death by violence as that by the sword or bullet; when it deprives  thousands of the necessaries of life, places them under conditions in  which they cannot live -- forces them, through the strong arm of the law,  to remain in such conditions until that death ensues which is the  inevitable consequence -- knows that these thousands of victims must  perish, and yet permits these conditions to remain, its deed is murder just as surely as the deed of the single individual; disguised, malicious murder, murder against which none can defend himself, which does not seem what it is, because no man sees the murderer, because the death of the victim seems a natural one, since the offence is more one of omission than of commission. But murder it remains."

Condition of the Working Class in England, by Engels, 1845
http://marx.org/archive/marx/works/1845/condition-working-class/ch07.htm
Posted by Aloyzio Achutti at 8:46 AM No comments:

Implicit Value Judgments in the Measurement of Health Inequalities

WHO Technical Report Series, no. 955

Publication date: 2010
Languages: English
ISBN: 978 92 4 120955 7
Download document
The WHO Tobacco Free Initiative announces the third volume of the WHO Study Group on Tobacco Product Regulation (TobReg) Technical Report Series on the Scientific Basis of Tobacco Product Regulation. This WHO Technical Report Series makes available the findings of an international group of experts that provide WHO with the latest scientific and technical advice in the area of product regulation.
The third report presents the conclusions reached and recommendations made by the members of the WHO Study Group on Tobacco Product Regulation at its fifth meeting, during which it reviewed two background papers specially commissioned for the meeting and which dealt, respectively, with the following two themes.
The Study Group's recommendations in relation to each theme are set out at the end of the section dealing with that theme. Its overall recommendations are summarized in section 4.
The Study Group intends this new set of recommendations to be useful to WHO Member States and national policymakers and regulators in shaping tobacco control policy. The English will be available shortly in print format, and the other UN-language versions will be available soon.
Posted by Aloyzio Achutti at 1:46 PM No comments: 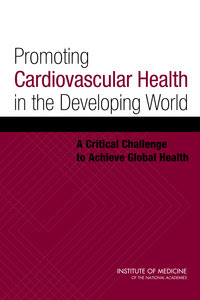 Cardiovascular disease (CVD), once thought to be confined primarily to industrialized nations, has emerged as a major health threat in developing countries. Cardiovascular disease now accounts for nearly 30 percent of deaths in low and middle income countries each year, and is accompanied by significant economic repercussions. Yet most governments, global health institutions, and development agencies have largely overlooked CVD as they have invested in health in developing countries. Recognizing the gap between the compelling evidence of the global CVD burden and the investment needed to prevent and control CVD, the National Heart, Lung, and Blood Institute (NHLBI) turned to the IOM for advice on how to catalyze change.
In this report, the IOM recommends that the NHLBI, development agencies, nongovernmental organizations, and governments work toward two essential goals:
Posted by Aloyzio Achutti at 9:42 PM No comments: 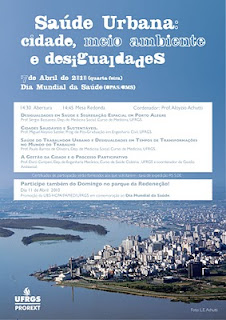 This is an unusual version of the periodic table of the elements in that select symbols will take you to my various accounts online rather than information about a given chemical as well as to those of fellow bloggers and science types on the net. I've highlighted those elements that lead to my sites in gold and guests are in bronze. If you would like your site highlighted as an element, let me know via twitter, give me the link and an appropriate element.


WELCOME TO BEHIND THE BURNER

(Appointed by Berenice Goelzer)
Do you find yourself trying to sneak a peek into the kitchen of your favorite restaurant? Do your culinary experiments extend from humble pumpkin pie recipes to molecular gastronomy? Are you curious about the latest cocktail craze and wondering about what wine to drink with dinner? Do you want to make healthy and nutritious foods without sacrificing flavor?
If your food and wine adventures are more about the journey than the destination, Behind the Burner is the perfect place to explore your culinary desires.
At Behind the Burner, we aim to satisfy your craving for insider food and beverage tips, tricks and techniques by convincing the best culinary experts to spill their beans. Renowned chefs, from Wolfgang Puck to Francois Payard and Michael White to Michael Psilakis, present best-practice, timesaving solutions that dissolve the boundaries between professional and home kitchens.
From poultry brine recipes to juicy hamburger recipes, simple salads, healthy snacks, and chocolate dessert recipes, we've got the secrets to serving exquisite food in a flash. We also give you deals on the tools and ingredients that the experts use and recommend. With Behind the Burner, learning never tasted so good!
Posted by Aloyzio Achutti at 8:14 AM No comments: