Raising taxes on tobacco: what you need to know

29 May 2014 – Raising taxes on tobacco is both the most effective and cost-effective way of reducing tobacco use around the world. Read our short brochure to find out how countries are successfully increasing tobacco taxes and what WHO recommends for further progress.

Campaign at a glance

The Global status report on alcohol and health 2014 presents a comprehensive perspective on the global, regional and country consumption of alcohol, patterns of drinking, health consequences and policy responses in Member States. It represents a continuing effort by the World Health Organization (WHO) to support Member States in collecting information in order to assist them in their efforts to reduce the harmful use of alcohol, and its health and social consequences. The report was launched in Geneva on Monday 12 May 2014 during the second meeting of the global network of WHO national counterparts for implementation of the global strategy to reduce the harmful use of alcohol.

Antimicrobial resistance (AMR) threatens the effective prevention and treatment of an ever-increasing range of infections caused by bacteria, parasites, viruses and fungi. An increasing number of governments around the world are devoting efforts to a problem so serious that it threatens the achievements of modern medicine. A post-antibiotic era – in which common infections and minor injuries can kill – far from being an apocalyptic fantasy, is instead a very real possibility for the 21st Century.
This WHO report, produced in collaboration with Member States and other partners, provides for the first time, as accurate a picture as is presently possible of the magnitude of AMR and the current state of surveillance globally.
The report makes a clear case that resistance to common bacteria has reached alarming levels in many parts of the world and that in some settings, few, if any, of the available treatments options remain effective for common infections. Another important finding of the report is that surveillance of antibacterial resistance is neither coordinated nor harmonized and there are many gaps in information on bacteria of major public health importance.
Strengthening global AMR surveillance is critical as it is the basis for informing global strategies, monitoring the effectiveness of public health interventions and detecting new trends and threats. As WHO, along with partners across many sectors moves ahead in developing a global action plan to mitigate AMR, this report will serve as a baseline to measure future progress.
Posted by Aloyzio Achutti at 9:56 AM No comments:

Alan Lightman on Our Yearning for Immortality and Why We Long for Permanence in a Universe of Constant Change*by Maria Popova* *A heartening perspective on mortality by way of the physics of the cosmos and the poetics of the night-blooming cereus cactus.* *“We suffer from a hallucination, from a false and distorted sensation of our own existence as living organisms,”* Alan Watts wrote in contemplating how our ego keeps us separate from the universe. *“It is almost banal to say so,”* Henry Miller observed,*“yet it needs to be stressed continually: all is creation, all is change, all is... mais »

How to create high-speed 3D movies of entire worm brains May 19, 2014 [image: NewsImage_BrainImaging] Researchers at MIT and the University of Vienna have created an imaging system that can generate 3-D movies of entire brains at the millisecond timescale. It could help scientists discover how neuronal networks process sensory information and generate behavior. The team used the new system to simultaneously image the activity of every neuron in the … more…

From light to matter

Scientists discover how to turn light into matter after 80-year questMay 20, 2014 [image: Theories describing light and matter interactions] Theories describing light and matter interactions (credit: Oliver Pike, Imperial College London) Imperial College London physicists have discovered how to create matter from light — a feat thought impossible when the idea was first theorized by scientists G. Breit and J. Wheeler in 1934. Breit and Wheeler suggested that it should be possible to turn light into matter by smashing together only two particles of light (photons), to create an electro... mais »

Added drug allows rapamycin to slow aging without risking diabetesMay 23, 2014 *[+]* This graphic outlines how rapamycin can mimic the effects of dietary restriction (credit: Oregon State University) New research at the Linus Pauling Institute at Oregon State University suggests a fix for serious side effects of rapamycin*, a drug that appears to mimic the ability of dietary restriction to slow the aging process. Laboratory mice that have received rapamycin have reduced the age-dependent decline in spontaneous activity, demonstrated more fitness, improved cognition and cardiovascular ... mais »

World Cup and the BR Future

Aloyzio AchuttiemAMICOR - Há 16 horas
How the World Cup can make or break Brazil’s hopes for the future: Misha Glenny gives a talk on the country that’ll host TEDGlobal 2014 Posted by: Elizabeth Jacobs May 20, 2014 at 4:41 pm EDT - - - - - - - If you ever find yourself in Brazil, advises Misha Glenny, try to look past the samba, soccer and sea. The journalist, who is currently researching a book on the underground drug trade in Rio de Janeiro, sees a Brazil of challenges, contradictions and opportunities that are far more complex than the celebrations on Ipanema let on./.../

New Scientist magazine - 24 May 2014 [image: Cover of 24 May 2014 issue of New Scientist magazine] Issue number 2970 A future mission to the seas of Titan might hear the Throat of Kraken roar Previous issueAll issues from 2014 | Subscribe - Friendship: Do animals have friends, too?[image: Movie Camera] Features > Featurepp34-36 Whether you're a human or a horse, it takes a lot of brainpower to support a complex social group – and that puts a limit on how many friends we can have - Friendship: Friends with many benefits Features > Featurepp37-39 No wonder friendshi... mais »

The Definitive Manifesto for Handling Haters: Anne Lamott on Priorities and How We Keep Ourselves Small by People-Pleasing*by Maria Popova* *“What if you wake up some day, and you’re 65… and you were just so strung out on perfectionism and people-pleasing that you forgot to have a big juicy creative life?”* What makes *Anne Lamott* ’s *Bird by Bird: Some Instructions on Writing and Life* (*public library*) so timelessly rewarding and one of the greatest books on writing of all time is that besides her wisdom on the craft, Lamott extends enormous sensitivity to and consolation for the ... mais » 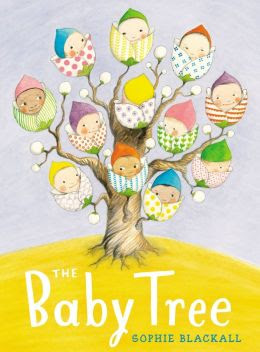 Where Do Babies Come From? A Sweet and Honest Primer on How Reproduction Works by Illustrator Sophie Blackall Children's questions have way of being so simple that they spill into the philosophical. And yet one particular question kids ask stumps grown-ups more than any other, hurling us into a cesspool of self-doubt as we struggle for an answer that is neither too age-inappropriate nor so obviously fanciful that it fails to get the young inquisitor off our back: "Where do babies come from?" Thankfully, Australian-born, Brooklyn-based illustrator extraordinaireSophie Blackall, who ha... mais »