Our World in Data

Our world is changing

Explore the ongoing history of human civilization at the broadest level, through research and data visualization.

A web publication by Max Roser
Posted by Aloyzio Achutti at 3:24 PM No comments:

The science world is freaking out over this 25-year-old's answer to antibiotic resistance
Could this be the end of superbugs?
FIONA MACDONALD
A 25-year-old student has just come up with a way to fight drug-resistant superbugs without antibiotics.
The new approach has so far only been tested in the lab and on mice, but it could offer a potential solution to antibiotic resistance, which is now getting so bad that the United Nations recently declared it a "fundamental threat" to global health./.../ 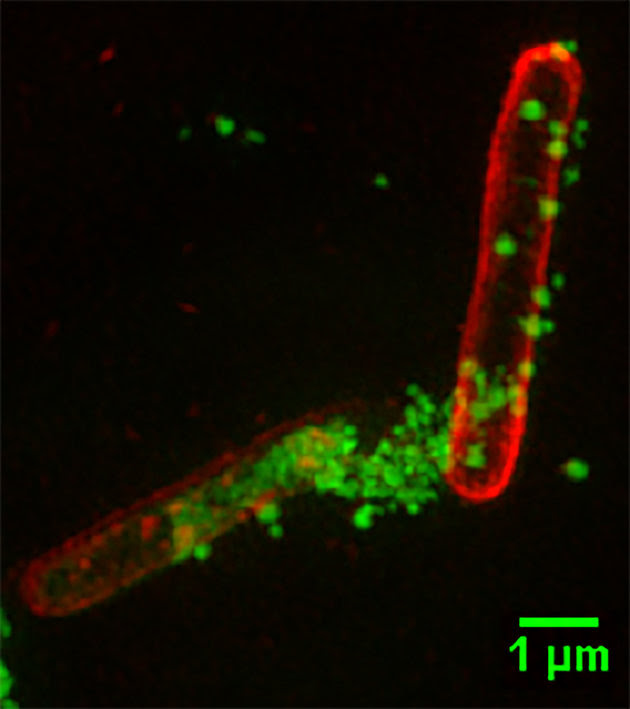 Pete LinForth/Pixabay
Time might only exist in your head, say physicists
Universal time doesn’t add up.
BEC CREW
Out of all the pressures we face in our everyday lives, there’s no denying that the nature of time has the most profound effect. As our days, weeks, months, and years go by, time moves from past to present to future, and never the other way around.
But according to the physics that govern our Universe, the same things will occur regardless of what direction time is travelling in. And now physicists suggest that gravity isn’t strong enough to force every object in the Universe into a forward-moving direction anyway. /.../
Posted by Aloyzio Achutti at 7:15 AM No comments:

State of the World's Science 2016|
Governmental manipulation of news; scientists who won't speak about their work; and research the public never sees October 1, 2016 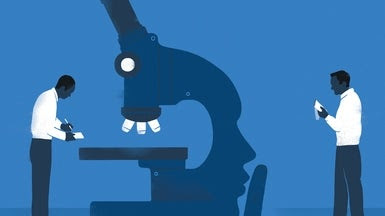 How the FDA Manipulates the MediaThe U.S. Food and Drug Administration has been arm-twisting journalists into relinquishing their reportorial independence, our investigation reveals. Other institutions are following suit

Global Mental Health and the Demolition of Culture

© Ollyy/shutterstock.com
That the world is currently going through a complex and critical phase in its history is an understatement. The background is multifaceted: violence of all types with a different kind of war (but war anyway) at its peak, large migrations in all regions, religion transformed in terrorist codes and strategies with tragically massive sequelae, and politics in many countries (starting with the US) reaching levels of cheap TV shows or grotesque deformity by the words and actions of some of its protagonists. And the main victim, in addition to all the innocent lives of those who died or were injured (physically and emotionally) is humanity itself, the essence of its raison d’etre—culture—as both the repository of history and the expression of our human identity./.../
Posted by Aloyzio Achutti at 11:40 AM No comments: 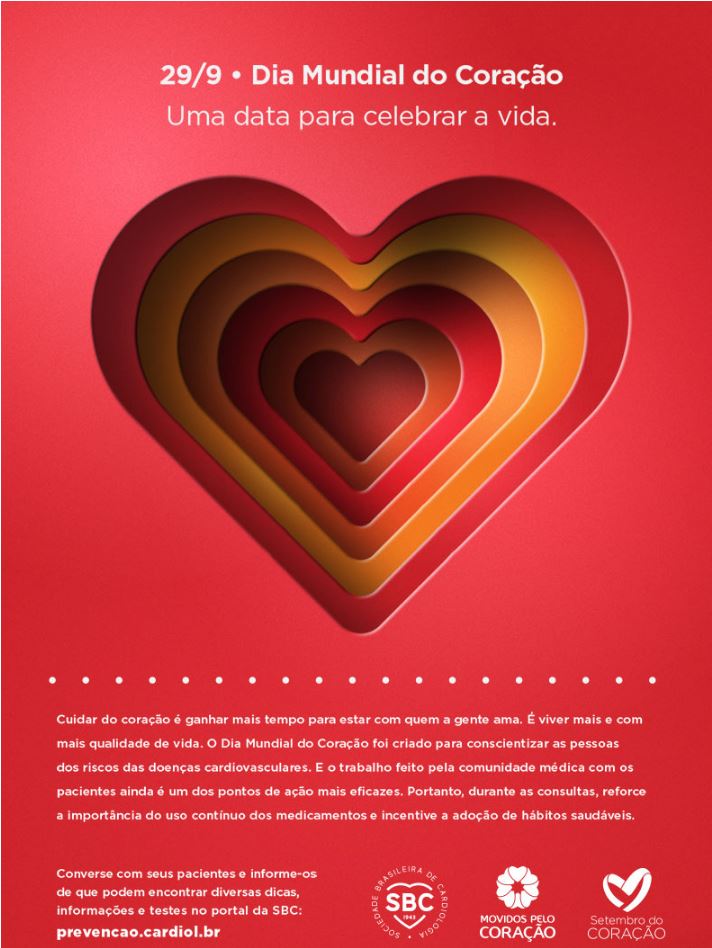 In August 1932, the streets of Quito witnessed one of the world’s briefest and least-known conflicts. Supporters and opponents of president-elect Neptalí Bonifaz Ascázubi fought what has been dubbed the Four Days War. As with much civil strife, historians blame the fighting on trigger events elsewhere. Shockwaves from the Wall Street crash three years beforehand had set the people of Ecuador on an economic collision course that determined their future.
The streets of Quito will see a different kind of four-day event next month, but the implications for the country and the wider world could be just as decisive. From 17 to 20 October, experts in sustainable development, planning and urban science will gather for the third United Nations Conference on Housing and Sustainable Urban Development.
Yes, the third. Habitat III, as the meeting is known, comes after two little-remembered (beyond the specialist community) prequels — in 1976 and 1996. Which means that countless millions of city dwellers have been born since Habitat II closed its doors two decades ago./.../
Posted by Aloyzio Achutti at 9:24 PM No comments:

FindTheCompany | Graphiq
Ever since Twitter became a popular social network, people have been imagining it getting swallowed up by a bigger company. Back in 2009, some thought it a good fit for Google, or Microsoft, or Apple. In some cases, companies tried: Google again, and also Facebook, and even Al Gore.

It never happened for a few reasons. First, Twitter’s board, including current CEO Jack Dorsey, simply didn’t want to sell. Later on, questions emerged over how Twitter would monetize its network and keep users coming, dimming the company’s appeal as a takeover target. But the most vital reason why Twitter hasn’t been bought — or seriously considered as an acquisition candidate — has been its high price./.../
Posted by Aloyzio Achutti at 10:03 AM No comments:

Honey May Be a Natural Way to Beat Bacteria

In a lab, anyway

A type of honey from New Zealand may be able to beat back bacteria, a new study found. If proven effective, the honey could potentially be used to lower the risk for infections among people using medical devices like catheters.
Manuka honey has been used for centuries as a natural remedy, and has been shown in the past to have antibacterial and anti-inflammation effects. In the new study, published Monday in theJournal of Clinical Pathology, researchers looked at whether the honey could prevent bacteria from building up on surfaces, too.


How polluted is YOUR country? Interactive map reveals the worst places for toxic air that kills six million worldwide every year

Nine out of ten people globally are breathing poor quality air, the World Health Organization (WHO) said yesterday.In a staggering report, calling for dramatic action against pollution that is blamed for killing more than 16,000 Brits and six million people worldwide, every year.New data in a report from the UN's global health body 'is enough to make all of us extremely concerned,' Maria Neira, the head of the WHO's department of public health and environment, told reporters. 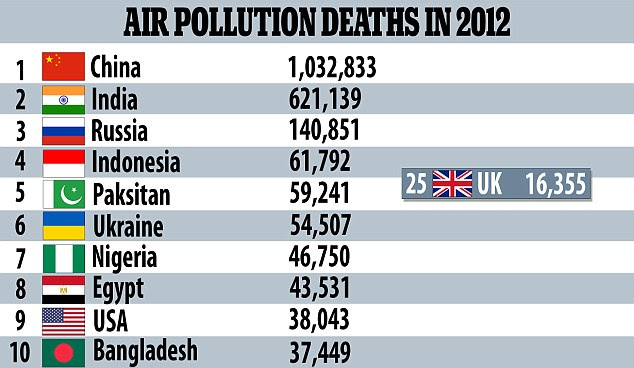