India Will Be Most Populous Country Sooner Than Thought, 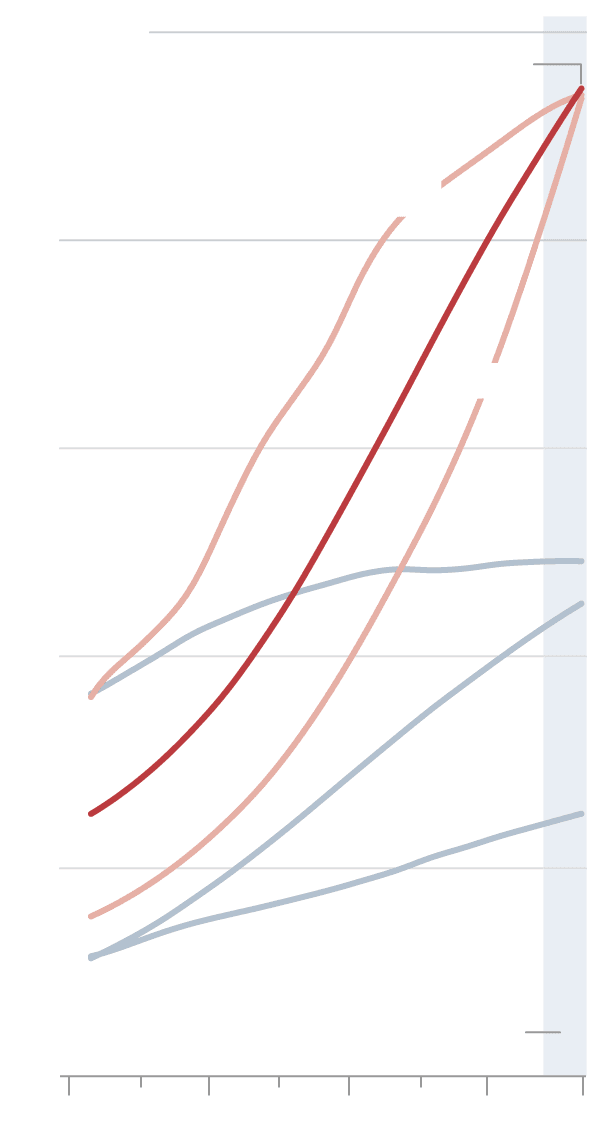 Demographers have known for some time that the number of people inIndia would surpass the number in China, the two most populous countries in the world. But they did not anticipate that the change would happen so quickly.
The United Nations reported on Wednesday that India’s population will probably surpass China’s by 2022, not 2028, as the organization had forecast just two years ago.
In its 2015 revision report, the population division of the United NationsDepartment of Economic and Social Affairs said China’s population was now 1.38 billion, compared with 1.31 billion in India. But in seven years, the populations of both are expected to reach 1.4 billion./.../
Posted by Aloyzio Achutti at 10:14 AM No comments:

Shane Parrish writes Farnam Street
At Re:Think Decision Making in February, I asked participants to offer up some books on decision making. (If you’d like to be one of the first to know when I open up registration for Re:Think Decision making 2016 in Austin, TX , join the list.)
The crowd at the event was, in the words of one participants, the finest crowd you’ll find at a public event. These people are paid to make decisions for a living and want to find every edge they can. So when I asked them what books on decision making they read and recommend, you can bet they had a lot to say.
Here’s the list:
Decisive: How to Make Better Choices in Life and WorkBy: Chip & Dan Heath
Posted by Aloyzio Achutti at 9:11 AM No comments:

Nancy A. Melville July 27, 2015
EDITORS' RECOMMENDATIONS
"Successful agers" older than 50 years in the United Kingdom show an increased risk of harmful drinking compared with those in lower socioeconomic classes, new research shows.
"We can sketch ― at the risk of much simplification ― the problem of harmful alcohol drinking among people aged 50 or over in England as a middle-class phenomenon: people in better health, higher income, with higher educational attainment and socially more active, are more likely to drink at harmful levels," wrote the authors, led by José Iparraguirre, chief economist with the Department of Research at Age UK, in London.
The study was published online July 23 in the BMJ.
Posted by Aloyzio Achutti at 12:07 PM No comments:

The World Wide Web, the New Frontier in Fraud

Online crime poses tough challenges for prosecutors, in which identifying defendants, let alone linking them to criminal activity, is proving hard.
Posted by Aloyzio Achutti at 11:53 AM No comments:

Say hello to the taste of pure fat

MORE
FDA Wants Nutrition Labels to Include More Detail on Added SugarsThe 9 Worst Break fasts for Your WaistlineFleeing ISIS Fighters Plant 'Thousands' of Land Mines NBC NewsCardinals Hire First Female Coach in NFL History NBC NewsScout Critics Offer Mixed Reviews of New Policy NBC News
We classify food as sweet, sour, salty, bitter or umami, but a new paper published in the journalChemical Senses argues that we’re missing another basic taste: fatty.
It’s called oleogustus, and it’s the unique taste of fat, says Richard D. Mattes, distinguished professor of nutrition science at Purdue University and one of the authors of the study. “I can’t use any words that exist, so we’re forced to make it up,” Mattes says. (The Latin translation of oily or fatty taste is “oleogustus.”)/.../
Posted by Aloyzio Achutti at 9:53 AM No comments:

From Bertrand Russell to the Buddha, or why you should spend a weekend reading the Qur’an. 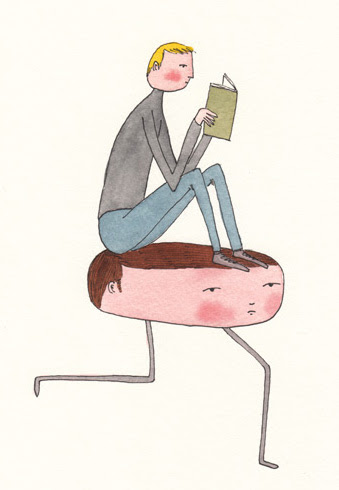 On an excellent recent episode of The Tim Ferriss Show — one of these nine podcasts for a fuller life — neuroscientist Sam Harrisanswered a listener’s question inquiring what books everyone should read. As a lover of notable reading lists and an ardent admirer of Harris’s mind and work, I was thrilled to hear his recommendations — but as each one rolled by, it brought with it an ebbing anticipatory anxiety that he too might fall prey to male intellectuals’ tendency to extoll almost exclusively the work of other male intellectuals. (Look no further than Neil deGrasse Tyson’s reading list for evidence.) And indeed Harris did — the books he recommended on the show, however outstanding, were all by men.
Posted by Aloyzio Achutti at 11:29 PM No comments:

Neuroscientists have identified an area of the brain that might give the human mind its unique abilities, including language. The area lit up in human, but not monkey, brains when they were presented with different types of abstract information.
The idea that integrating abstract information drives many of the human brain's unique abilities has been around for decades. But a paper published in Current Biology, which directly compares activity in human and macaque monkey brains as they listen to simple auditory patterns, provides the first physical evidence that a specific area for such integration may exist in humans. Other studies that compare monkeys and humans have revealed differences in the brain’s anatomy, for example, but not differences that could explain where humans’ abstract abilities come from, say neuroscientists.
“This gives us a powerful clue about what is special about our minds,” says psychologist Gary Marcus at New York University. “Nothing is more important than understanding how we got to be how we are.”
Simple sequenceA team of researchers headed by Stanislas Dehaene at the INSERM Cognitive Neuroimaging Unit at Gif-sur-Yvette near Paris, looked at changing patterns of activation in the brain as untrained monkeys and human adults listened to a simple sequence of tones, for example three identical tones followed by a different tone (like the famous four-note opening of Beethoven’s fifth symphony: da-da-da-DAH).
The researchers played several different sequences with this structure—known as AAAB—and other sequences to the subjects while they lay in a functional magnetic resonance imaging (fMRI) scanner. The fMRI technique picks up changes in blood flow in the brain that correlate with regional brain activity.
The team wanted to know whether the subjects of both species could recognize two different features of the sequences: the total number of tones, indicating an ability to count, and the way the tones repeat, indicating an ability to recognize this type of algebraic pattern.
SEE ALSO:
In the first case, the string of tones might have been changed from AAAB to AAAAB for instance: the basic pattern stays the same but the number of tones changes. In the second case, the reverse is true: the tones might have been changed from AAAB to AAAA, but the number remains the same. The team also looked to see what happened when both features changed at the same time—for example going from AAAB to AAAAAA.
Intense activationIn both monkeys and humans, an area of the brain, part of which has been associated with numbers, lit up in the fMRI scanner when the subjects identified a change in the number of tones. Both species also registered the repetition pattern in specific brain areas, which are known to be equivalent in humans and monkeys. But only the human brains showed a unique response to the combined changes in number and sequence, in the form of intense activation in an additional brain area called the inferior frontal gyrus.
“It is like the monkey recognizes a pattern but does not realize it is interesting and take it no further—only humans take it on to the next level of analysis,” says Marcus.
The inferior frontal gyrus is a part of the cortex that is greatly expanded in humans compared with monkeys. Moreover, the inferior frontal gyrus in humans contains the Broca’s area, which processes language. And when Dehaene’s team read sentences to the humans, the language areas activated in each individual overlapped with those activated by the tone sequences.
But abstract information integration may be significant beyond language. “We had expected that humans have brain areas that put together information,” says cognitive biologist Tecumseh Fitch from the University of Vienna.“This type of computation may turn out to be also relevant to other characteristics that make humans unique, like music appreciation.”
This article is reproduced with permission and was first published on July 23, 2015.

Margaret McCartney: The “breakthrough” drug that’s not been shown to help Alzheimer’s D.

Our airwaves have been saturated, and the column inches heaved with the news: there’s been a breakthrough.
“Landmark drug to stop Alzheimer’s disease has been unveiled . . . Solanezumab has been shown to slow or even halt the illness,” sang the Daily Mail.1
A “very excited” Eric Karran, from the charity Alzheimer’s Research UK, told the BBC that “these findings are hugely significant in that it’s the first data that we’ve had with the drug actually slowing down the course of the disease . . . we could be on the verge of a . . . radical breakthrough for people with Alzheimer’s disease.”2
Channel 4 announced that “something of a breakthrough” has “been shown to produce a marked slowdown in the rate of development of the disease in some sufferers,” with people taking it ending up “30% less affected by Alzheimer’s than those who did not.”3
And the Daily Telegraph said, “In a landmark announcement, pharmaceutical giant Eli Lilly said that solanezumab has been shown to put the brakes on the disease for people with mild symptoms,” which “prevented mental decline by a third” and “could be available within three years.”4
Even the health secretary, Jeremy Hunt, congratulated Lilly on a “massive step forward” (seehttps://twitter.com/jeremy_hunt/status/624191410116370432).
GPs such as me are the go-to people for patients with Alzheimer’s disease and their families. So it would be good to know this: is solanezumab a cure, and when will it be available?
I searched the internet; there was a conference in the United States. I searched the website and found a press release: it seems that Lilly has funded research. EXPEDITION and EXPEDITION2 are published placebo controlled trials of solanezumab, which did not reach statistical significance on their primary endpoints.5 However, cognitive scores in a subgroup analysis of people with milder symptoms were purported to show benefit.
So, in an extension study (EXPEDITION-EXT), which has given rise to all of this fuss, patients in this subgroup were offered a further trial. Those previously taking placebo crossed over to the active drug, and the groups were compared. The researchers comparing cognitive function noted, “Treatment differences between the early start and delayed start groups . . . remained significant through 52 weeks.”5
I asked Lilly what the differences were. The company sent me an interim analysis—“in press” as of 15 July—which seems to have got no attention.6 It contains graphs that allow comparison of various cognitive instruments over time between the two groups of the extension trial. There’s one that I know: the mini mental status examination, which is scored out of 30. The graph’s axis runs from 0 to –8, and the difference between the two groups never exceeds 1 point.
Two other cognitive scores are ADAS-Cog14 and ADCS-iADL. Never is there a difference of more than 2 between the groups, and they are scored out of 90 and 56. These are tiny differences: they may mean nothing at all for quality of life, and they may have occurred by chance.
This is no breakthrough. How did this paper score such extraordinary publicity?