New Functions of the Hippocampus Unveiled [image: Neuroscience News]NEUROSCIENCE NEWSSEPTEMBER 29, 2017 FEATUREDNEUROSCIENCEOPEN NEUROSCIENCE ARTICLES8 MIN READ *Summary: A new PNAS study reveals the hippocampus can promote brain wide functional connectivity in the cerebral cortex, and enhance sensory response. Researchers say the hippocampus should be considered to the the ‘heart of the brain’.* *Source: University of Hong Kong.* *A research team led by Lam Woo Professor of Biomedical Engineering Ed X. Wu of the Department of Electrical and Electronic Engineering at the University of ... mais »

Is Coffee Good for You? Here's the ScienceThat free cup of coffee for National Coffee day may come with health benefits, including protection against disease and cognitive decline 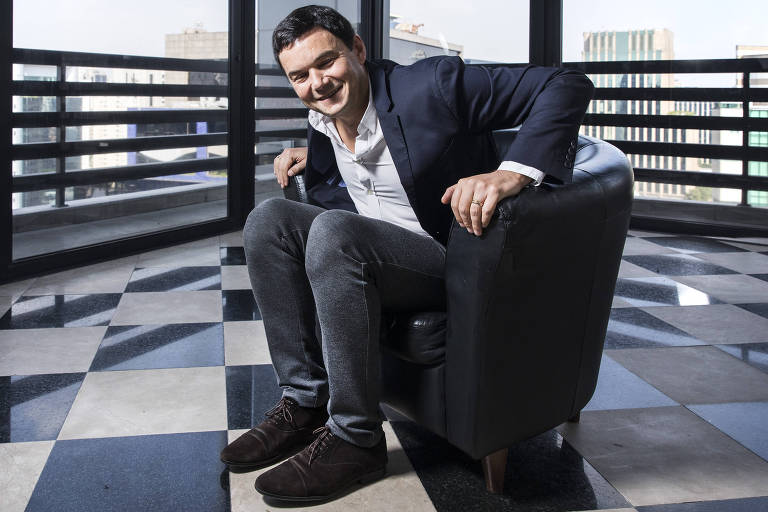 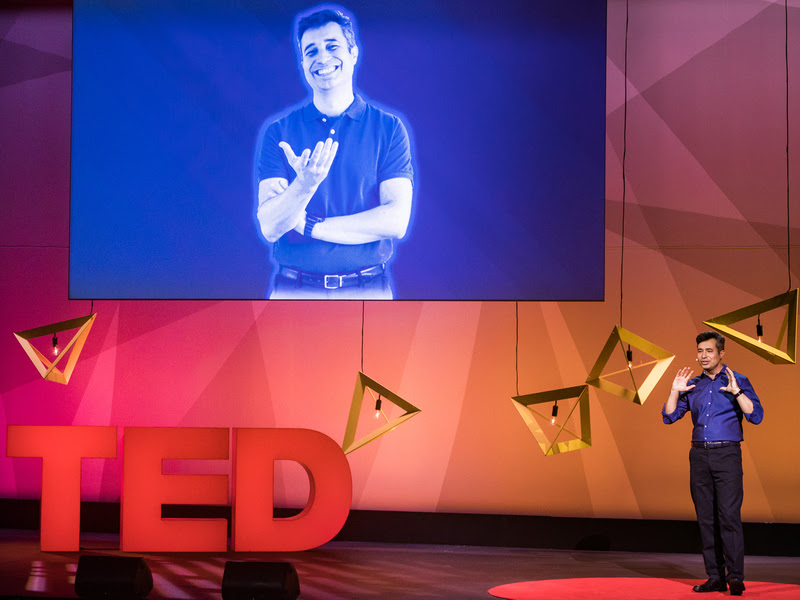 Future tech will give you the benefits of city life anywhere 11:07 minutes · TED@UPS Don't believe predictions that say the future is trending towards city living. Urbanization is actually reaching the end of its cycle, says logistics expert Julio Gil, and soon more people will be choosing to live (and work) in the countryside, thanks to rapid advances in augmented reality, autonomous delivery, off-the-grid energy and other technologies. Think outside city walls and consider the advantages of country living with this forward-thinking talk. Watch now »

Celebrate Oktoberfest with Us *Prost!*Oktoberfest is a time honored tradition celebrating the marriage of Bavarian Princess Therese von Sachsen-Hildburghausen and Crown Prince Ludwig in October of 1810 — and beer, of course. Since the publication of our first issue in 1845, *Scientific American* has been steeped in all things beer, from recipes and the chemistry of brewing to technology and the tools of the trade. With an All Access subscription, you’ll be able to tap into these fascinating stories and many others about one of the world’s most cherished beverages. SUBSCRIBE • January... mais » 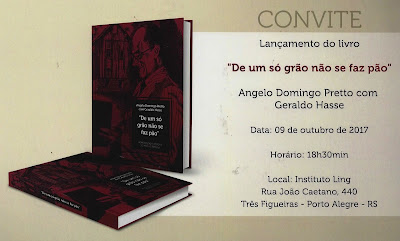 The World Food Crisis: The Way Out

Aloyzio AchuttiemAMICOR - Há 3 dias
We are pleased to inform you that the 10th anniversary issue of the *Right to Food and Nutrition Watch, “The World Food Crisis: The Way Out”, *is now available online in English, Spanish, French and Portuguese here. With the world trapped in a multifold crisis, this year’s *Watch* takes stock of the past decade and present thought-provoking discussions and alternative solutions for finding our way out. You can follow the *international launch at FAO HQ in Rome today, 26 September*, *live* on our Facebook page here from 12:30 to 14:00, and subscribe to participate at the second *inte... mais »

Aloyzio AchuttiemAMICOR - Há 4 dias
Counting What Counts in Development *Author: Selim Jahan, Director of the Human Development Report Office, UNDP* To most people, “development” is best measured by the *quantity* of change – like gains in average income, life expectancy, or years spent in school. The Human Development Index (HDI), a composite measure of national progress that my office at the United Nations Development Programme oversees, combines all three statistics to rank countries relative to one another. What many do not realize, however, is that such metrics, while useful, do not tell the entire story of developm... mais »

Aloyzio AchuttiemAMICOR - Há 4 dias
Breakthrough Nerve Implant Rouses Man From 15-Year Coma It’s hard to believe his eyes. A French man stuck in a vegetative state since a 2001 accident began to show signs of life after doctors installed an experimental implant to stimulate his vagus nerve. Six months later, the 35-year-old is classified as “minimally conscious” and can follow movements with his eyes. He reportedly even cried in response to music. Researchers hope this high-profile case could help secure funding for clinical trials — and potentially change the lives of the millions who sustain traumatic brain injuries... mais »

New Functions of the Hippocampus Unveiled

NEUROSCIENCE NEWSSEPTEMBER 29, 2017
FEATUREDNEUROSCIENCEOPEN NEUROSCIENCE ARTICLES8 MIN READ
Summary: A new PNAS study reveals the hippocampus can promote brain wide functional connectivity in the cerebral cortex, and enhance sensory response. Researchers say the hippocampus should be considered to the the ‘heart of the brain’.
Source: University of Hong Kong.
A research team led by Lam Woo Professor of Biomedical Engineering Ed X. Wu of the Department of Electrical and Electronic Engineering at the University of Hong Kong has made major breakthrough in unveiling the mysteries of the brain to reveal functions of an important region, hippocampus, not known to scientists before.
The findings have recently been published in the prestigious international academic journal Proceedings of the National Academy of Sciences (PNAS) in August 2017.
The hippocampus, located underneath the cortex, plays important roles in memory and navigation. Alzheimer’s disease and other forms of dementia have been proven to have affected and damaged this area of the brain, resulting in early symptoms including short-term memory loss and disorientation. People with hippocampal damage may lose the ability to form and retain new memories. It is also closely related to other diseases such as epilepsy, schizophrenia, transient global amnesia and posttraumatic stress disorder.
However, the role of hippocampus in complex brain networks, particularly its influence on brain-wide functional connectivity, is not well understood by scientists. Functional connectivity refers to the functional integration between spatially separated brain regions.
Rodent experiments conducted by Dr Russell W. Chan, Dr Alex T. L. Leong and others, led by Professor Wu, revealed that low-frequency activities in the hippocampus can drive brain-wide functional connectivity in the cerebral cortex and enhance sensory responses. The cerebral cortex is the largest region of the mammalian brain and plays a key role in memory, attention, perception, cognition, awareness, thought, language, and consciousness. In other words, low-frequency activities of the hippocampus can drive the functional integration between different regions of the cerebral cortex and enhance the responsiveness of vision, hearing and touch. These results indicated that hippocampus can be considered as the heart of the brain, a breakthrough in our knowledge of how the brain works.
Furthermore, these results also suggest that low-frequency activities in the hippocampus can enhance learning and memory since low-frequency activities usually occur during slow-wave sleep which has been associated with learning and memory. Slow-wave sleep, often referred as deep sleep, is a state that we usually enter several times each night and is necessary for survival. Alzheimer’s disease is a chronic neurodegenerative disease that usually starts slowly and worsens over time, and the most common early symptom is memory loss. These results may also have potential therapeutic implications of hippocampal neuromodulation in Alzheimer’s disease.
These current findings are a major step in furthering our fundamental understanding of the origins and roles of brain-wide functional connectivity. These findings also signify the potentials of rsfMRI and neuromodulation for early diagnosis and enhanced treatment of brain diseases including Alzheimer’s disease, dementia, epilepsy, schizophrenia, transient global amnesia, and posttraumatic stress disorder.
Professor Wu’s team is one of the world’s leading teams in functional magnetic resonance imaging (fMRI) research, particularly in the investigation of auditory and visual functions, and brain structural and functional connectivity. The pioneering technologies they employ include the use of optogenetics activation, pharmacological inactivation and fMRI to serve as an important tool for investigating the dynamics underlying brain activity propagation as well as the origins and roles of brain functional connectivity.
Their earlier revelation that the thalamus, another region connecting to the cortex, is not just a relay or passive brain region as initially thought, but can initiate brain-wide neural interactions at different frequencies, had been published in the December 2016 edition of PNAS.