A Report From the American Heart Association

On the events in Tunisia

This recent letter from Professor Bernard Lown shows what can be considedred  a new prospect for Global Health with more peace and justice to an aching world.

The rapidly unfolding events in Tunisia brings hope to the ossified Arab world. Far too long Arabs have been overwhelmed by wretchedness, corrupt governments, bypassed by the enlightenment, shunted by the age of science and modernity.
Those of us who depend on corporate media to be informed about the world must be taken aback. Wasn't Zine el-Abdine Ben Ali an enlightened leader, a friend of democracies promoting Western values, who fostered prosperity for his people and helped stem the tide of crazed Islamic Jihaists?
I'm old enough to have lived through an endless list of Frankensteins who found favor in Washington. These were frequently launched with a connivance of the CIA and kept in power by our largesse.  Alphabetically–Omar Bango (Gabon), Fulgerncio Batista (Cuba), Papa Doc and son Jean Claude Duvalier (Haiti), Ferdinand Marcos (Philippines) Osama bin Laden (Saudi Arabia),), Hosni Mubarak (Egypt), Mobutu Sese Seko (Congo), Ngo Dinh Diem (Vietnam), Georgios Padapolos (Greece), Jonas Savimbi (Angola), Augusto Pinochet (Chile), Mohammad Rezā Shāh Pahlavi (Iran), Saddam Hussein (Iraq), Saudi monarchs (Saudi Arabia), Anastasio Somoza (Nicaragua), Alfredo Strösner (Paraguay), Suharto (Indonesia), Rafael Trujillo  (Dominican Republic), Zia al Haq (Pakistan).
Each of you, no doubt, can add to the murderous list of dictators that the USA sponsored. All were proteges of the Ameerican government irrespective whether republicans or democrats were in power. The variable justification for support was that they were fighting communism, drugs, and now terrorists. Washington maintained that they brought order and were readying their wayward countries for democracy.
Several key and analyses will not appear in Western media.
1. Events in Tunisia, in part, reflect diminution of global dominance by the USA.
2. The revolution in Tunisia is secular. Islamism is largely the consequence of continuing economic colonialism by the West, primarily the United States and its petroleum dominated foreign policy in the Arab world.
3.Tunisian events may be viewed as equivalent to the fall of the Berlin wall. There is likely to exert domino effects sweeping the Arab world. If it happened in Tunisia, no Arab country is immune.
4.The revolution will not be easily contained since it is indigenous and arises from below.
5. This last point deserves pondering. The events preceding the Tunisian revolutionare are similar to what is ongoing on a far more colossal scale in the USA–pacification of the masses by having until recently made available easy credit, inflow of cheap commodities, destruction of trade unions, impoverishment of the middle class, militarization of society, widening gap in income between the few and the many, and ultimately the wealth of the country concentrated in the Ben Ali family or in Wall Street.
Enclosed is an informative analysis that brings coherence to the unfolding events in Tunisia.
As this is still January, a wish for the new year.
May 2011 bring more peace with justice to an aching world
Bernard Lown

How has the Internet changed the way you think?

to the question on the Internet potentiality and the question posed by
John Brockman.
I suspect going through the blog we will find other similar preciosities...

In recent days I have stumbled on a treasure-trove of ideas and thoughts from some of the worlds eminent thinkers and captains of intellectual analysis. www.edge.org is a collaborative conversation based around a yearly topic posed by the editors , notably, John Brockman.

In 2010 the question above was posed and some 160 thinkers, artists, scientists, actors and dignitaries have written essays to probe this question in depth.

I thought I would add my own thoughts to this mix. Not because I consider myself equal amongst these people who have already given comment, but because the internet is MY tool for thinking, learning and doing many things in the everyday ordinariness that is my life. /.../
Posted by Aloyzio Achutti at 7:19 PM No comments:

save the date!
call for proposals!

The upcoming World Conference on Tobacco or Health (WCTOH) will be held in Singapore from 21 to 24 March 2012, with the theme “Towards a Tobacco-free World: Planning Globally, Acting Locally.” Learn more.
Stay informed. Join our mailing list!

We are calling for proposals for plenaries, symposiums, panel discussions and workshops. Click here to learn more.

Although medical care is important, our reviews of research and the hearings we’ve held have led us to conclude that building a healthier America will hinge l argely on what we do beyond the health care system. It means changing policies that influence economic opportunity, early childhood development, schools, housing, the workplace, community design and nutrition, so that all Americans can live, work, play and learn in environments that protect and actively promote health.
Statement from commissioners from Commission to Build a Healthier America

This clear, crisp statement is fundamental. It has the possibility to change the way policymakers and the public think about health. Health care grabs the headlines. The noisy discussion of reform of the U.S. healthcare system—characterized less by informed debate than by misinformation (“don’t let the government meddle withmyMedicare” was particularly appealing)—should be put in this broader context. Providing health
care for people when they are sick is important. But the RobertWood Johnson Foundation (RWJF) commissioners’ statement above makes clear that it is environments in which people live, learn, work, and play that need to be changed if Americans are to enjoy good health./.../
In its report to the commission, Overcoming Obstacles to Health, which was the starting point for the commission’s deliberations, the RWJF highlighted two issues.
Posted by Aloyzio Achutti at 11:00 PM No comments:

Beyond Health Care: New Directions to a Healthier America 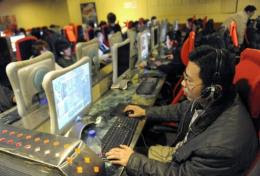