Recently someone (my boss, actually) mentioned to me that I wrote more articles about dogs than I did about cats and asked why.
My first thought, naturally, was that it had nothing to do with the fact that I have owned numerous dogs and no cats, but rather reflected the amount of research done by scientists on the animals.
After all, I’ll write about any interesting findings, and I like cats just fine, even if I am a dog person. Two of my adult children have cats, and I would hate for them to think I was paying them insufficient attention. (Hello Bailey! Hello Tawny! — Those are the cats, not the children.)/.../
Posted by Aloyzio Achutti at 10:54 PM No comments:

With fevers, chills and aches, the flu can pound the body. Some influenza viruses may hammer the brain, too. Months after being infected with influenza, mice had signs of brain damage and memory trouble, researchers report online February 26 in the Journal of Neuroscience.
It’s unclear if people’s memories are affected in the same way as those of mice. But the new research adds to evidence suggesting that some body-wracking infections could also harm the human brain, says epidemiologist and neurologist Mitchell Elkind of Columbia University, who was not involved in the study.
Obvious to anyone who has been waylaid by the flu, brainpower can suffer at the infection’s peak. But not much is known about any potential lingering effects on thinking or memory. “It hasn’t occurred to people that it might be something to test,” says neurobiologist Martin Korte of Technische Universität Braunschweig in Germany.
The new study examined the effects of three types of influenza A — H1N1, the strain behind 2009’s swine flu outbreak; H7N7, a dangerous strain that only rarely infects people; and H3N2, the strain behind much of the 2017–2018 flu season misery (SN: 1/19/18, p. 12). Korte and colleagues shot these viruses into mice’s noses, and then looked for memory problems 30, 60 and 120 days later
.
Posted by Aloyzio Achutti at 7:18 AM No comments: 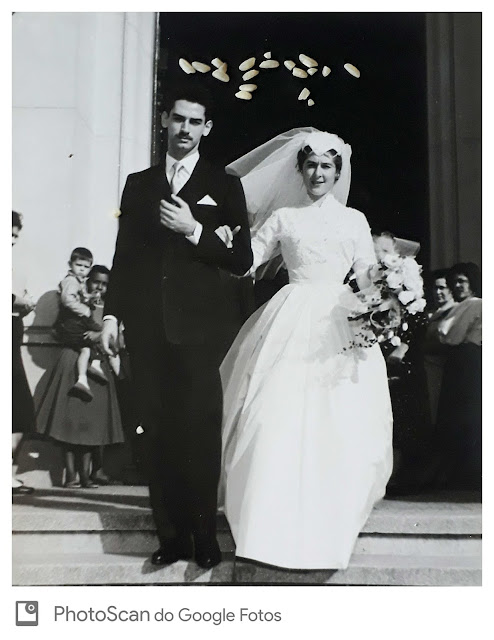 
Researchers reveal how being pessimistic may be beneficial for performance, confidence and health.
Read more of this post
Neuroscience News | February 26, 2018 at 6:57 am | Tags: defensive pessimists, negative mood, negativity, optimists, pessimism, pessimist | URL: https://wp.me/p4sXNK-cdz
Posted by Aloyzio Achutti at 12:08 PM No comments:

Boston — The 96-year-old patient with pneumonia in Bed 11 was angry. “Do you really need to check my vital signs every four hours?” he asked.
Checking things like temperature, blood pressure and respiratory rate every four hours on hospitalized patients has been the standard of care since the 1890s, yet scant data indicates that it helps. In fact, data shows that close to half of patients are unnecessarily awakened for such checks, perhaps to the detriment of their recovery. My patient wanted to know how, with all that poking and prodding, he was supposed to rest and get better.
“I understand your frustration,” I replied, “and wish I could help to change the situation.”
I may have been a lowly intern, but it was a feeble reply. And he knew it. “Understanding is not enough,” he said. “You should be doing something to help fix this system.”
The hospital, he lamented, is more like a factory — “it tests every ache and treats every laboratory abnormality, but it does little to heal its patients.” Treating and healing are both necessary, but modern health care too often disregards the latter.
Few understand this better than the patient in Bed 11. He turned out to be Bernard Lown, emeritus professor of cardiology at Harvard, a senior physician at Brigham and Women’s Hospital in Boston, and the founder of the Lown Cardiovascular Group. He is celebrated for pioneering the use of the direct-current defibrillator for cardiac resuscitation and an implant called the cardioverter for correcting errant heart rhythms. He also co-founded the International Physicians for the Prevention of Nuclear War, which was awarded a Nobel Peace Prize and helped to educate millions on the medical consequences of nuclear war.
But Dr. Lown identifies first and foremost as a healer. In 1996, he published “The Lost Art of Healing,” an appeal to restore the “3,000-year tradition, which bonded doctor and patient in a special affinity of trust.” The biomedical sciences had begun to dominate our conception of health care, and he warned that “healing is replaced with treating, caring is supplanted by managing, and the art of listening is taken over by technological procedures.”
He called for a return to the fundamentals of doctoring — listening to know the patient behind the symptoms; carefully touching the patient during the physical exam to communicate caring; using words that affirm the patient’s vitality; and attending to the stresses and situations of his life circumstances.
This time he was the patient in need of healing. And I was the doctor, the product of a system that has, if anything, become even more impersonal and transactional since he first wrote those words.
Despite his reputation, Dr. Lown was treated like just another widget on the hospital’s conveyor belt. “Each day, one person on the medical team would say one thing in the morning, and by the afternoon the plan had changed,” he later told me. “I always was the last to know what exactly was going on, and my opinion hardly mattered.”
What he needed was “the feeling of being a major partner in this decision,” he said. “Even though I am a doctor, I am still a human with anxieties.”
The medical team was concerned that because Dr. Lown was having trouble swallowing, he was at risk for recurrent pneumonias. So we restricted his diet to purées. Soon the speech therapist recommended that we forbid him to ingest anything by mouth. Then the conversation spiraled into ideas for alternative feeding methods — a temporary tube through the nose followed, perhaps, by a feeding tube in the stomach.
“Doctors no longer minister to a distinctive person but concern themselves with fragmented, malfunctioning” body parts, Dr. Lown wrote in “The Lost Art of Healing.” Now, two decades later, he’d become a victim of exactly what he had warned against.
As the intern and the perpetrator of the orders, I felt impossibly torn and terribly guilty. So after Dr. Lown was discharged the next week, I kept in touch, hoping to continue this important conversation.
We have since spent time together at his home, where he is back to living peacefully and swallowing carefully (no alternative feeding methods necessary).
I had known Dr. Lown as a doctor and a patient; now I got to know him as an activist. We agreed that the health care system needed to change. To do that, Dr. Lown said, “doctors of conscience” have to “resist the industrialization of their profession.”
This begins with our own training. Certainly doctors must understand disease, but medical education is overly skewed toward the biomedical sciences and minutiae about esoteric and rare disease processes. Doctors also need time to engage with the humanities, because they are the gateway to the human experience.
To restore balance between the art and the science of medicine, we should curtail initial coursework in topics like genetics, developmental biology and biochemistry, making room for training in communication, interpersonal dynamics and leadership.
Such skills would not only help doctors care for our fellow human beings but would also strengthen our ability to advocate for health care as a human right and begin to rectify the broken economics and perverse incentives of the system.
Finally, hospitals should be a last resort, not the hallmark of the health care system. The bulk of health care resources should go instead into homes and communities. After all, a large majority of health problems are shaped by nonmedical factors like pollution and limited access to healthy food. Doctors must partner with public health and community development efforts to create a culture of health and well-being in patients’ daily lives.
As I navigate my professional journey, Dr. Lown’s example inspires me to go to work every day with the perspective of a patient, the spirit of an activist and the heart of a healer.
Posted by Aloyzio Achutti at 5:28 PM No comments: