Explore more infographics like this one on the web's largest information design community - Visually.
Posted by Aloyzio Achutti at 5:17 PM No comments:

NEJM, 1967. Visit our Tranquilizer Nation timeline to see three decades of tranquilizer ads targeting women and various diseases.
Only Michael Moore knew the combination to the safe in his bedroom closet. He had locked up his prescriptions for chronic pain and insomnia so his two young children could not get into them.
As it turned out, it was Moore, 49, who needed the protection.
On Nov. 3, 2012, Moore, a computer analyst from Milwaukee who had suffered a serious knee injury years earlier, died of an accidental overdose. When police opened the safe they found hundreds of two types of prescription pills: opioids and benzodiazepines./.../
**************************

Source: IMS Health; Graphic: Journal Sentinel
Primary care doctors wrote about 53 million benzodiazepine prescriptions in 2013, roughly four times the number written by psychiatrists, a group that penned 13 million benzo scripts.
Nurse practitioners and physician assistants were close behind with 11 million prescriptions for the drugs, according to data obtained by MedPage Today and the Milwaukee Journal Sentinel.
In 2013, non-doctors wrote 30 million opioid prescriptions, compared with 92 million written by primary care doctors that year, according to data provided by IMS Health, a drug market research firm.
In 2010, the most recent year for which data were available, 30% of the 16,651 people who died of an opioid overdose also had taken a benzodiazepine, according to the U.S. Centers for Disease Control and Prevention.
Posted by Aloyzio Achutti at 8:23 AM No comments:

Artist's impression of a string-net of light and electrons. String-nets are a theoretical kind of topologically ordered matter.
Credit: Xiao-Gang Wen/ Perimeter Institute
Forget solid, liquid, and gas: there are in fact more than 500 phases of matter. In a major paper in a recent issue of Science, Perimeter Faculty member Xiao-Gang Wen reveals a modern reclassification of all of them.
Condensed matter physics -- the branch of physics responsible for discovering and describing most of these phases -- has traditionally classified phases by the way their fundamental building blocks -- usually atoms -- are arranged. The key is something called symmetry./.../
Posted by Aloyzio Achutti at 8:21 AM No comments: 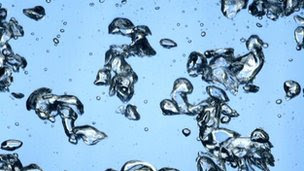 Flashes of light can be generated by collapsing bubbles in a fluid
Students and enthusiasts attending a recording for BBC Radio 4 have probably seen a new state of matter only recently discovered, an expert says.
The state of matter is a plasma like those in conventional nuclear fusion tests, but at higher densities.
And far from needing expensive apparatus, the conditions can be achieved in a simple glass tube containing a routine liquid.
The professor behind the demonstration says it can be achieved for a mere £10./.../
Posted by Aloyzio Achutti at 8:17 AM No comments:

Probing the Parliament of Neurons

Clay Reid and colleagues are going deep into the mouse brain to decipher the conversations and decisions of neurons.

SEATTLE — When Clay Reid decided to leave
his job as a professor at Harvard Medical School
to become a senior investigator at the
Allen Institute for Brain Science in Seattle in 2012,
some of his colleagues congratulated him warmly and
understood right away why he was making the move.
Others shook their heads. He was, after all, leaving one
of the world’s great universities to go to the academic
equivalent of an Internet start-up, albeit an extremely
well- financed, very ambitious one, created in 2003 by
Paul Allen, a founder of Microsoft./.../
Posted by Aloyzio Achutti at 8:16 AM No comments: 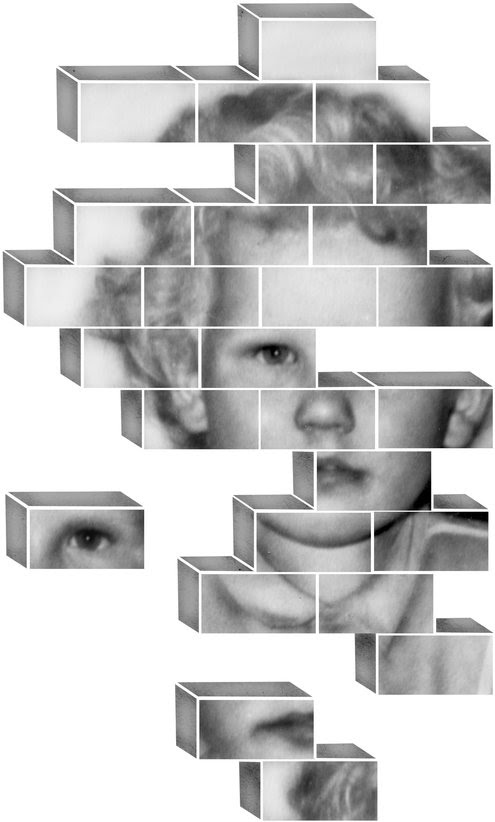 
Continue reading the main storyShare This Page
Posted by Aloyzio Achutti at 7:27 AM No comments: 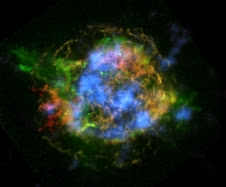 This is the first map of radioactivity in a supernova remnant, the blown-out bits and pieces of a massive star that exploded. The blue color shows radioactive material mapped in high-energy X-rays using NuSTAR.
Image Credit:
NASA/JPL-Caltech/CXC/SAO
Full image and caption

NuSTAR is complementing previous observations of the Cassiopeia A supernova remnant (red and green) by providing the first maps of radioactive material forged in the fiery explosion (blue).
Image Credit:
NASA/JPL-Caltech/CXC/SAO
Larger view 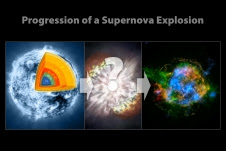 These illustrations show the progression of a supernova blast. A massive star (left), which has created elements as heavy as iron in its interior, blows up in a tremendous explosion (middle), scattering its outer layers in a structure called a supernova remnant (right).
Image Credit:
NASA/CXC/SAO/JPL-Caltech
Full image and caption
One of the biggest mysteries in astronomy, how stars blow up in supernova explosions, finally is being unraveled with the help of NASA's Nuclear Spectroscopic Telescope Array (NuSTAR).
The high-energy X-ray observatory has created the first map of radioactive material in a supernova remnant. The results, from a remnant named Cassiopeia A (Cas A), reveal how shock waves likely rip apart massive dying stars.
Posted by Aloyzio Achutti at 2:33 PM No comments:

For decades, astronomers had debated how the universe began. Then, in 1964, they had their "Eureka!" moment

By Claudia Dreifus
smithsonianmag.com February 19, 2014
“We started out seeking a halo around the Milky Way and we found something else,”
notes Dr. Wilson. “When an experiment goes wrong, it’s usually the best thing.
The thing we did see was much more important than what we were looking for.
This was really the start of modern cosmology.” In fact, Wilson and Penzias were
awarded the Nobel Prize in Physics in 1978 for determining that the hiss they were
hearing wasn't pigeon poop at all, but the faint whisper of the Big Bang, or the after
glow that astronomers call the cosmic microwave background.

On a bright spring morning 50 years ago, two young astronomers at Bell Laboratories
were tuning a 20-foot, horn-shaped antenna pointed toward the sky over New Jersey.
Their goal was to measure the Milky Way galaxy, home to planet Earth.
To their puzzlement, Robert W. Wilson and Arno A. Penzias heard the insistent hiss of
radio signals coming from every direction—and from beyond the Milky Way. It took a
full year of testing, experimenting and calculating for them and another group of
researchers at Princeton to explain the phenomenon: It was cosmic microwave
background radiation, a residue of the primordial explosion of energy and matter that
suddenly gave rise to the universe some 13.8 billion years ago. The scientists had found
evidence that would confirm the Big Bang theory, first proposed by Georges Lemaître in 1931.
Posted by Aloyzio Achutti at 2:06 PM No comments: 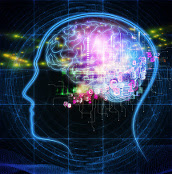 The Society of Mutual Autopsy

Prions Are Key to Preserving Long-Term Memories The famed protein chain reaction that made mad cow disease a terror may be involved in helping to ensure that our recollections don't fade Feb 18, 2014 |By Beth Skwarecki [image: permanent memory] A protein called Tob (*green*) binds and allows another protein, monomeric Orb2A (*red*) to persist intact in a neuron and thereby enable a chain reaction to maintain a permanent memory. *Credit: Nicolle Rager Fuller, Sayo-Art* Prions, the protein family notorious for causing "mad cow" and neurodegenerative diseases like Parkinson's, can play a... mais »

Practice Management ICD-10 Follies: The Birds Published: Feb 19, 2014 By David Pittman, Washington Correspondent, MedPage Today save | A A It is 224 days before the move to ICD-10 becomes a must-do. Lest the deadline slip your mind,*MedPage Today* is spotlighting some of those thousands of new codes that might just be getting a bit too granular. Today's code: W61.92: Struck by other birds (There are also separate billing codes for being struck by parrots, macaws, psittacines, chickens, geese, and ducks. W61.92 is for all other types of birds. Here is a re-enactment for your viewing ple... mais »

Aloyzio AchuttiemAMICOR - Há 4 dias
Syria’s war must endBy Stephen Hawking, Published: February 14 Stephen Hawking is the author of “A Brief History of Time” and a former professor of mathematics at the University of Cambridge. The Greek philosopher Aristotle believed that the universe had existed forever. The reason humanity was not more developed, he believed, was that floods or other natural disasters repeatedly set civilization back to the beginning. Today, humans are developing ever faster. Our knowledge is growing exponentially and with it, our technology. But humans still have the instincts, and in particular th... mais »

Disruptions: Using Addictive Games to Build Better BrainsBy NICK BILTON [image: For weeks, Flappy Bird nested atop the most downloaded app charts for Apple and Android mobile devices before it was suddenly pulled by its creator.] Casinos mastered the art of the game long ago. We know the odds are against us, but we play anyway. In Las Vegas and elsewhere, the slot machines beckon with their bright lights and the promise of hitting that elusive jackpot. The temperature is kept cool. There are no clocks to remind us that it’s getting late. Drinks are free. ................................. mais »
Posted by Aloyzio Achutti at 4:48 PM No comments: