Why are narcissists more physically attractive?
By Daisy Grewal 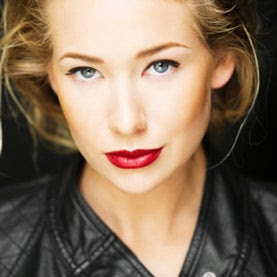 WHAT IS IT ABOUT HER?Image: iStock / GrenouilleFilms
Although most people probably don’t consider narcissism or psychopathy desirable qualities in either their friends or romantic partners, many of us are mysteriously drawn toward people with these personality traits. Mean girls are often the most popular ones at school and vampires are sex symbols. Recent researchhas found that people with so-called “dark” personality traits are more physically attractive than others. What is it about dark personalities that make them so appealing? The answer may help us understand what makes people with these personality traits so successful at exploiting others./.../
Posted by Aloyzio Achutti at 8:01 PM No comments:


That’s why Cynthia Creem, along with numerous other policy-makers nationwide, is fighting to bring clarity to the high-tech confusion. A Massachusetts state senator, Creem proposed a bill this year that would give executors access to email accounts of the deceased. “You would certainly have access to somebody’s desk,” Creem says. “Why should this be any different?” Her bill would make Massachusetts the sixth state to put a “digital asset” law on the books. But tech companies are wary of new privacy-related legislation—and in this case, Google hired a lobbyist to oppose it.Who is allowed to read through your e-mails – or update your Facebook page – when you die? In many states across the U.S., there are no clear answers to such basic legal questions./.../

Insomniacs had statistically significant, dose-related improvement in sleep efficiency over 4 weeks when treated with a new class of sleep aid, results of a placebo-crossover trial showed.
As compared with placebo, the orexin-receptor antagonist suvorexant improved sleep efficiency ranging from 5% to 13% during the first day of treatment and from 5% to 8% after 4 weeks, according to W. Joseph Herring, MD, PhD, of Merck Sharp & Dohme in Whitehouse Station, N.J., and co-authors.
Posted by Aloyzio Achutti at 9:40 AM No comments: 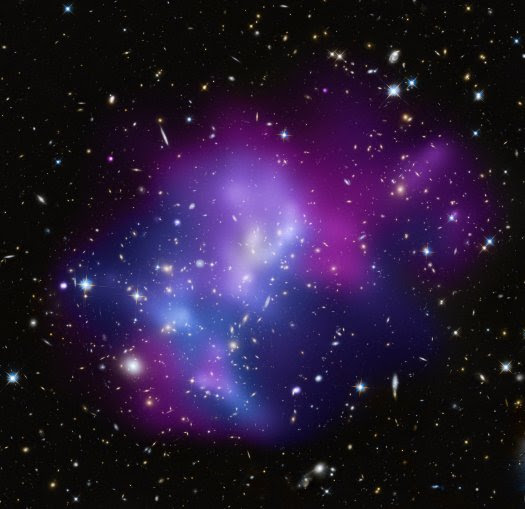 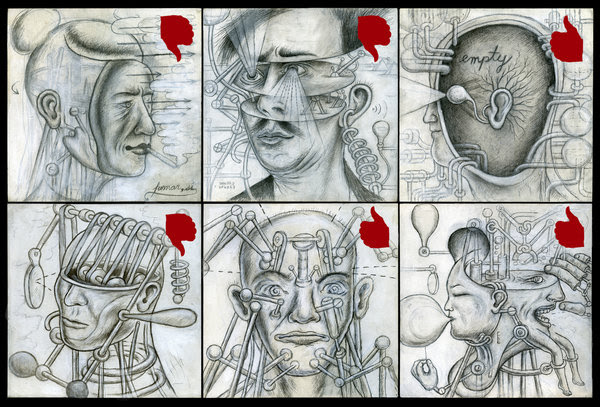 Social Determinants of Health
The  inspiration for this public health report is Sir John Simon – who was the second Chief Medical Officer from 1855 – 1876.
According to the UCLA website Simon was also first Medical Officer of Health for the City of London. In his first annual report in 1849 he called for municipal action to eradicate slums, build model dwellings for the poor, provide public wash-houses, take control of the water supply, suppress offensive trades, provide a municipal cemetery, complete the drainage system, and establish a permanent sanitary inspector. The website tells us that he used his considerable political influencing skills to achieve these changes – precisely the skills required by local DsPH and the CMO.
Regrettably this report does not convince that his legacy continues.
With its list of over 50 medical conditions this is a return to a style of public health reporting that local public health leaders have increasingly tried to get away from as they have sought to give clear messages about priorities and actions that will engage, motivate and energise none health sectors and organisations that can make the biggest difference to health and wellbeing.
This is a shame because hidden away within it are concerning figures that should form the basis of an assertive call to action.
Page 245 – Healthy Standard of Living – Percentage of children living in poverty
Page 246 – Percentage of Households in Fuel Poverty
These figures show respectively a failure to reduce levels of poverty and a worrying increase in the number of households in fuel poverty.
Some of the solutions here rest with government – and require more than pious calls  ‘for local authorities to actively promote the uptake of insulation’
Posted by Aloyzio Achutti at 5:50 PM No comments:

Mental Health
The Governments Mental Health Strategy notes that this is the first government to give an equal weighting in policy terms to mental and physical health – regrettably this is not the case with regard to this report. In 300 pages there are 4 are devoted to mental health.
According to this report an estimated 6.1m people suffer from anxiety and depression in England. While it notes that currently just over 2% currently get access to IAPT services it draws no link between the relationship between housing insecurity, financial vulnerability and poor mental health.
This is a serious omission; by focussing on individual illnesses and diseases the CMO does not make a consistently strong link with ‘the causes of the causes’
Peoples social and economic circumstances affect their mental health and wellbeing. If people feel good about themselves and in control then they are more likely to be able to live healthily.
In presenting lists of data with no apparent order to them the report fails to give a clear message about where we should start from; particularly wth regard to the prevention agenda, and fails to empower local DsPH and Local Authority Cabinet Leads for Health with clear messages about pratice. She repeats the same mistake that JSNAs have been criticised for locally – lots of data and no clear view about priorities.
It is disapointing to include reference to the life course on pages 14 and 15 of the document and then to structure the report as a series of lists that ignores this framework.
Posted by Aloyzio Achutti at 5:47 PM No comments: What Would the World Be Like if It Were 4°C Warmer?

A new report synthesizing the latest scientific knowledge on global warming warns we’re on a path to a 4 degree warmer world by the end of the century—with huge implications for humanity.
Posted by Aloyzio Achutti at 9:34 PM 1 comment:

Aloyzio AchuttiemAMICOR - 2 horas atrás
The Psychology Of Tetris *Last week’s BBC Future column. The original is here. There’s a more melancholy and personal version of this column I could have written called ‘I lost years of my life to Sid Meier’s ‘Civiliation’, but since the game is now out on iphone I didn’t have time to write it.* *How the secret to the popular game’s success is that it takes advantage of the mind’s basic pleasure in tidying up and uses it against us.* Shapes fall from the sky, all you have to do is to control how they fall and fit within each other. A simple premise, but add an annoyingly addictive el... mais »

Optogenetics illuminates pathways of motivation and depression through brainNovember 20, 2012 Effects of stimulating the medial prefrontal cortex (mPFC) (a) Optogenetic inhibition of nerve axons in the dorsal raphe nucleus (DRN), implicated in major depressive disorder (b) Fluorescence in the DRN detects effects. (Credit: Melissa R. Warden et al./Nature) Karl Deisseroth, MD, PhD, a professor of bioengineering and of psychiatry and behavioral sciences at Stanford University, and postdoctoral scholar Melissa Warden, PhD, have isolated the neurons that carry the split-second decision...mais »

*The Library of Utopia* Google's ambitious book-scanning program is foundering in the courts. Now a Harvard-led group is launching its own sweeping effort to put our literary heritage online. Will the Ivy League succeed where Silicon Valley failed? - By Nicholas Carr on April 25, 2012 In his 1938 book *World Brain*, H.G. Wells imagined a time—not very distant, he believed—when every person on the planet would have easy access to "all that is thought or known." The 1930s were a decade of rapid advances in microphotography, and Wells assumed that microfilm would be the technol... mais »

Aloyzio AchuttiemAMICOR - 3 horas atrás
*diet rich in Arginine & Proline: DM* Donna Krupa dkrupa@the-aps.org Twitter: @Phyziochick 301.634.7209 Arginine and Proline Enriched Diet May Speed Wound Healing in Diabetes Article is published in the *American Journal of Physiology – Regulatory, Integrative and Comparative Physiology* *BETHESDA, Md.* (Nov. 15, 2012) — Chronic wounds such as foot ulcers are a common problem for diabetics and are the cause of more than 80 percent of the lower leg amputations in these patients. There is currently no effective way to improve healing of these types of wounds, but new research offers ho... mais » 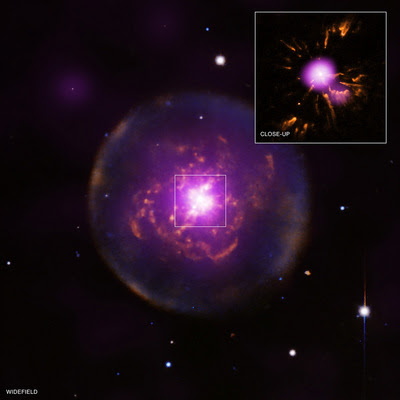 *Born-again star foreshadows fate of Solar System* [image: Abell 30: a born-again planetary nebula] Abell 30: a born-again planetary nebula 15 November 2012 Astronomers have found evidence for a dying Sun-like star coming briefly back to life after casting its gassy shells out into space, mimicking the possible fate our own Solar System faces in a few billion years. This new picture of the planetary nebula Abell 30, located 5500 light-years from Earth, is a composite of visible images from the NASA/ESA Hubble Space Telescope and X-ray data from ESA’s XMM-Newton and NASA’s Chandra ... mais » 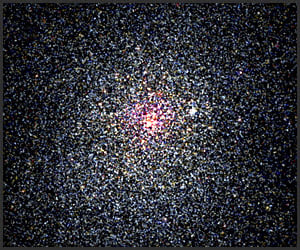 [image: 100,000 Stars] 100,000 Stars Link [image: arrow] An incredible interactive visualization of 100,000 stars you can view in your Chrome web browser. Also works in other WebGL browsers, but your mileage may vary. Zoom with your scroll wheel.

Aloyzio AchuttiemAMICOR - 4 dias atrás
Schizophrenia and Autism Linked Megan Brooks Nov 16, 2012 Authors & Disclosures Investigators at Columbia University Medical Center in New York City found several cohesive gene networks affected in schizophrenia and determined that these gene networks overlap with autism. "Very interestingly, the networks that we find for schizophrenia and for autism are quite similar," senior author Dennis Vitkup, PhD, told *Medscape Medical News*. "This suggests that these 2 diseases, and probably many other psychiatric diseases, overlap in terms of the processes they perturb; they perturb some p... mais »

Aloyzio AchuttiemAMICOR - 4 dias atrás
- Psych Congress 2012: US Psychiatric and Mental Health Congress This coverage is not sanctioned by, nor a part of, the Psych Congress. Medscape Medical News > Psychiatry Exercise Gains Momentum as Psychiatric Treatment Nancy A. Melville Nov 16, 2012 Authors & Disclosures SAN DIEGO, California – The benefits of exercise in nearly every aspect of physical health are well known, but evidence in recent years suggests a unique effect on some psychiatric disorders, prompting mental health clinicians to rethink treatment strategies and to consider the possibility of exercise not ju... mais »

*And Oxford Dictionaries’ Word of the Year Is …* *By Katy SteinmetzNov. 12, 2012*[image: dictionary]telling part of our modern recapping tradition is choosing “words of the year.” In 1789, lexicographers probably would have gone with *guillotine*. In 1912, *iceberg * surely would have been a contender. And for 2012, Oxford Dictionaries settled on *GIF*. That’s GIF the verb, derived from GIF the file extension. These days, people often GIF snippets of movies or speeches to create funny little moving pictures on Tumblrs like this one. “The GIF, a compressed file format for images that c... mais »