Here they are -- our favorite books for 2015. As always, it's books we read (or, for some of the lengthier tomes, finished reading) this year, but not necessarily books that were published this year. They are listed below, but not in any order of preference. If you wish to read an excerpt from any of the books mentioned click on the link.

We hope you find this list to be helpful!
Posted by Aloyzio Achutti at 5:01 PM No comments:

Um novo estudo da Universidade de Toronto, no Canadá, pode mudar tudo que sabíamos sobre a forma como o sangue humano é produzido dentro do corpo.
As conclusões desafiam ideias que estão em vigor desde 1960, e podem levar a novos tratamentos mais eficazes em uma série de condições.
New discovery changes everything we know about how blood is made
It could be time to rewrite the textbooks.
DAVID NIELD
Stem-cell scientists have upended current thinking on the way human blood is produced inside the body, opening the way for new studies and new treatments. The findings of principal investigator John Dick and his team from the University of Toronto in Canada challenge ideas that have been in place since the 1960s./.../
Posted by Aloyzio Achutti at 9:21 AM No comments:

Back in 1991, in what now seems like a far more innocent time, Robert Reich published an influential book titled The Work of Nations, which among other things helped land him a cabinet post in the Clinton administration. It was a good book for its time—but time has moved on. And the gap between that relatively sunny take and Reich’s latest, Saving Capitalism, is itself an indicator of the unpleasant ways America has changed./.../
Posted by Aloyzio Achutti at 7:19 AM No comments:

Oliver Sacks on Gratitude, the Measure of Living, and the Dignity of Dying“
I have been a sentient being, a thinking animal, on this beautiful planet, and that in itself as been an enormous privilege and adventure.”

Volume 386, No. 10009, p2118, 28 November 2015 Editorial The Global Burden of Diseases: living with disability The Lancet [image: Article has an altmetric score of 33] DOI: http://dx.doi.org/10.1016/S0140-6736(15)01096-X Share on mendeleyShare on facebookShare on twitterShare on emailMore Sharing Services [image: show]Article Info © 2015 Elsevier Ltd. All rights reserved. - Summary - Full Text - Tables and Figures The UN observes the International Day of Persons with Disabilities on Dec 3, 2015. This year, three themes are highlighted in the agenda: making cities inclusive for... mais »

Could a Balanced Diet Alleviate Mental Illness?[image: thanksgiving dinner] This might sweeten the pill for eating right. While mainstream psychiatry has yet to embrace its potentially curative properties, a nascent research field has found intriguing links betweenfood and mood. Studies have shown that omega-3 fatty acids can reduce schizophrenia risk, and nutrient cocktails can lower anxiety. Although it’s too soon to tell, the possible paradigm shift could allow the nearly one in five American adults who suffer from mental illness to access treatment without the weight gain, list... mais » 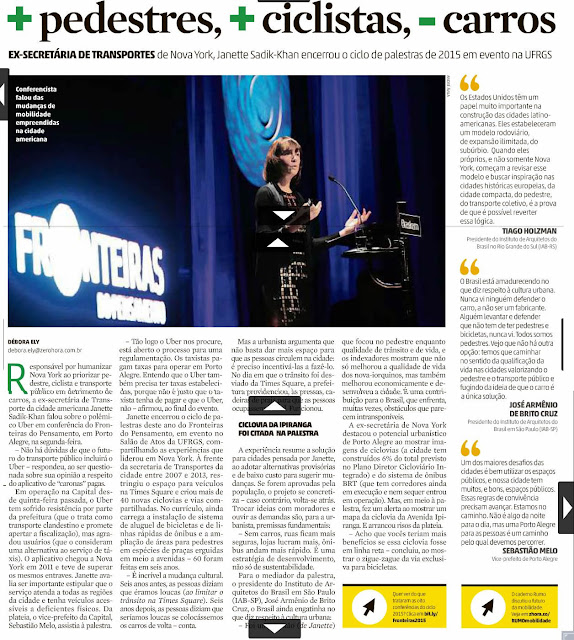 [image: 5 Weak Words to Avoid & What to Use Instead (Infographic)] Source: www.grammarcheck.net

Starving the beast11/24/2015You are subscribed to News - All NSF News for National Science Foundation Update. This information has recently been updated, and is now available. Starving the beast 11/24/2015 10:41 AM EST [image: cancer cells and copper] As any good Star Trek fan knows, Mr. Spock was a "green-blooded Vulcan" because his hemoglobin was copper-based, unlike our iron-based human cells. But even humans have a little bit of copper in their blood. Now, a new paper based on research funded by the National Science Foundation (NSF) explores the role copper can play in feeding -- ... mais »

[image: Memory] Health After 50 Fast Facts: Women and Dementia Comments *(0)* - Men and women who develop Alzheimer’s disease may have two completely different experiences. Recent studies that have spotlighted women and initial memory complaints point out that their memory complaints may signal early Alzheimer’s—and a descent into dementia that is twice as fast as it is for men. Of the 5.4 million Americans with Alzheimer’s disease, it’s currently estimated that 3.4 million are women. According to the Alzheimer’s Association: - Women with mild cognitive impair... mais »
Posted by Aloyzio Achutti at 11:01 AM No comments:

Oliver Sacks on Gratitude, the Measure of Living, and the Dignity of Dying

“I have been a sentient being, a thinking animal, on this beautiful planet, and that in itself has been an enormous privilege and adventure.”

“Living has yet to be generally recognized as one of the arts,” proclaimed a 1924 guide to the art of living. That one of the greatest scientists of our time should be one of our greatest teacher in that art is nothing short of a blessing for which we can only be grateful — and that’s precisely what Oliver Sacks (July 9, 1933–August 30, 2015), a Copernicus of the mind and a Dante of medicine who turned the case study into a poetic form, became over the course of his long and fully lived life.
In his final months, Dr. Sacks reflected on his unusual existential adventure and his courageous dance with death in a series of lyrical New York Times essays, posthumously published in the slim yet enormously enchanting book Gratitude (public library), edited by his friend and assistant of thirty years, Kate Edgar, and his partner, the photographer Bill Hayes.
Posted by Aloyzio Achutti at 10:37 AM No comments:

Sue Hughes
November 27, 2015
EDITORS' RECOMMENDATIONS
My Alerts
You have already selected "Alzheimer Disease" for My Alerts
RELATED DRUGS & DISEASES
Elevated amyloid levels were associated with worse cognition and greater cognitive decline and neurodegeneration in a new study of the general population of persons with normal cognition at baseline.
"We found that individuals in the general population who are amyloid positive but cognitively normal do have an increased risk of progressing to cognitive impairment,” lead author Ronald C. Petersen, MD, Mayo Clinic, Rochester, Minnesota, commented to Medscape Medical News.
"This occurs at the rate of about 8% to 10% per year, compared to a rate of 1% to 2% in the general population who are not amyloid positive,” he said. In contrast, previous studies of patients with mild cognitive impairment at baseline have shown a rate of progression to dementia of about 15% to 20% per year.
Dr Petersen said the study, published online in JAMA Neurology on November 23, was conducted to address the question of how elevated amyloid levels influenced cognition and other relevant biomarkers in cognitively normal people.
"Some previous studies have suggested that the presence of amyloid above a certain threshold (amyloid positive) signals a higher risk of developing Alzheimer's disease," he explained. "But these studies have mainly been conducted in a clinical trial population, and people who apply to be in such studies are often at higher risk ― for example, they may have a strong family history. We wanted to look at this question in the general population, and this study is based on a random sample of the community."
He noted that the rate of change seen in amyloid-positive individuals in the general population is not as high as that seen in clinical trial populations. "But we expected that may be the case. Still, the presence of amyloid was associated with a quicker progression to cognitive impairment than amyloid-negative individuals, but this is not overly dramatic."
The current analysis involved 564 cognitively normal individuals (median age, 78 years) from the Mayo Clinic Study of Aging, a population-based longitudinal study.
At baseline, participants underwent MRI scanning; fluorodeoxyglucose positron emission tomography scanning to assess glucose metabolism; and Pittsburgh compound B–position emission tomography (PET-PiB) scanning to assess amyloid levels. Participants also underwent one clinical follow-up assessment. A subset of 286 individuals underwent serial imaging.
Elevated amyloid level was defined as a standardized uptake value ratio greater than 1.5 on PiB-PET. At baseline, 179 individuals (31.7%) had elevated amyloid levels, which were associated with poorer cognition in all domains measured, reduced hippocampal volume, and slower glucose metabolism.
After follow-up, it was found that individuals with elevated amyloid levels at baseline had a greater rate of cognitive decline in all domains (0.04 to 0.09 z-score units per year) except language. They also had greater rates of amyloid accumulation (1.6% per year), hippocampal atrophy (30 mm3 per year), and ventricular enlargement (565 mm3 per year).
During a median follow-up period of 2.5 years, 84 individuals progressed clinically to mild cognitive impairment, and four progressed to dementia. Elevated amyloid levels were found to be associated with an increased risk for mild cognitive impairment.
The researchers note that if amyloid status was ignored, APOE4 carrier status was generally associated with greater changes in the continuous cognitive measures over time. But with both amyloid and APOE4as predictors, amyloid status was predictive of decline, and APOE4 was not, suggesting that the effect of APOE4 is largely mediated by amyloid positivity.
The authors say their findings have implications for the design of randomized clinical trials for Alzheimer's. "Individuals with clearly elevated levels of amyloid appear to be predisposed to progress clinically and on measures of neurodegeneration and can serve as a source of enrichment for clinical trials, and additional evidence of neurodegeneration may not be necessary," they conclude.
Amyloid Test a "Hot Button"
Dr Petersen said it was premature to make any clinical recommendations on the basis of these findings.
"The idea of having an amyloid test is a hot button right now," he commented. "Three such tests have been approved, but none are reimbursed by third-party payers. However, experts in the field feel they could be useful in patients who have mild cognitive impairment to identify those who might have a quicker decline or in patients with unusual dementias when we don't know exactly what we are dealing with."
He does not recommend that such tests be used in cognitively normal people at present. "This is because we are not exactly certain what to tell them if it is positive,” he noted. “We don't know the natural course. They could start to decline in 1, 2, 5, or 10 years. We need to watch these data unveil themselves over the next few years."
But the situation would be different if a preventive agent was made available."That would be a whole different game. Then an amyloid test would make sense for many," Dr Petersen said.
"At present, all we can recommend is that people pay attention to their lifestyle ― engage in aerobic exercise, stay intellectually active, eat a healthy diet, stay involved in social relationships. I know this sounds a bit 'Mom and Pop,' but it will likely be effective," he added.
This study was supported by grants the National Institute on Aging, the National Institutes of Health, and the Mayo Foundation. Dr Petersen has served on a data monitoring committee for Pfizer Inc and Janssen Alzheimer Immunotherapy, has worked as a consultant for Merck Inc, Roche Inc, Biogen Inc, Eli Lilly and Company, and Genentech Inc, has received royalties through the publishing of his bookMild Cognitive Impairment (Oxford University Press, 2003), and has received research support from grants from the National Institutes of Health.
JAMA Neurol. Published online November 23, 2015. Abstract
Posted by Aloyzio Achutti at 8:57 PM No comments:

Occupational position is one of the determinants of psychological health, but this association may differ for men and women depending on the social context. In contemporary…
FOLLOW PUBLICATION
DOWNLOAD