Knowing something bad is coming is more bearable than uncertainty

People like to know what’s coming for them, even if it’s bad, a new study suggests. A small study published Tuesday found that people are more stressed out when there is the possibility they will experience discomfort as opposed to when they knew for sure something bad is coming.
In the study, published in the journal Nature Communications, people were shown a bunch of rocks and were asked to guess whether a snake was underneath them. When a snake was under the rock, the men and women received an electric shock on the back of their hand. The researchers measured how stressed the individuals felt and looked at physical markers of stress like pupil dilation and sweat. They found that most of the men and women felt more stressed when they were uncertain, compared to when they knew definitively the shock was coming./.../
Posted by Aloyzio Achutti at 2:33 PM No comments:

You Asked: Should I Try a Fasting Diet?

Believe it or not, the gimmick diet has legs—for everything from weight loss to longevity

Benedict Cumberbatch is doing it. So is Jimmy Kimmel. But unlike most celebrity-sanctioned diets, there’s actually some compelling science to support its purported benefits. It’s sometimes called the 5-2 diet—meaning five days of normal eating followed by two days of severe calorie restriction—though it’s more commonly referred to as intermittent fasting. No matter what you call it, avoiding food for hours or even days at a time appears to be more popular than ever.
“Most people are putting something in their mouths essentially every waking hour,” says Mark Mattson, a neuroscientist and researcher at the National Institute on Aging. “But from an evolutionary perspective that’s not how people or animals are genetically geared to eat.”
The benefits of occasional bouts without food seem to be many. For instance, a 2010 study of obese women found those who fasted two days a week for six months dropped nearly 13 pounds. (The women were allowed about 600 calories of food—vegetables, fruit, and a little skim milk—even on fasting days.) Compared to women who stuck with a more traditional diet that cut calories every day of the week, those who fasted lost more weight and a greater percentage of body fat, the study shows.
Why? The body converts food into glycogen—a form of energy that it can store for later use. Your body then squirrels away that glycogen in both fat cells and in your liver. “If you’re eating all day, the stores of glycogen in your liver are never depleted,” he says. On the other hand, after about 12 hours without food your liver runs out of glycogen, at which point your body starts drawing energy from the glycogen stored in your fat cells.
The plan’s benefits may extend far beyond weight loss, says Mattson. “We’ve found that mice or rats that maintain alternate-day fasting have brain neurons that are resistant to the kind of damage associated with Parkinson’s, Alzheimer’s, and even stroke,” Mattson says. He’s in the middle of a study that seeks to confirm these brain benefits in people.
Another proponent of fasting is Dr. Valter Longo, a professor of biological sciences at the University of Southern California. One of Longo’s recent experiments involved a small group of people who fasted for five consecutive days once a month, three months in a row. Among the study participants, markers of cell regeneration increased, while risk factors for diabetes, cancer, cardiovascular disease, and aging all dropped, he says.
Other fasting researchers say some of these beneficial metabolic changes may increase the longer you go without food.
“We know that the accumulation of cellular damage is the cause of many diseases,” says Dr. Luigi Fontana, a professor of nutritional science at Washington University in St. Louis and Italy’s University of Brescia. But when you go long periods without food, the resulting metabolic changes appear to stimulate “autophagy,” or a natural cleaning out of your body’s damaged cells. “Cells start to eat dysfunctional proteins, organelles, and mitochondria, and this kind of cleaning of garbage and regeneration may be very beneficial,” he explains.
While a lot of unanswered questions remain, he says he could foresee a time when doctors prescribe two- or three-week fasts every few years to promote the culling and replacement of damaged cells.
On the less-extreme end of the fasting spectrum, so-called “time-restricted feeding”—or limiting food intake to just a few hours each day—also has its benefits. Mattson himself practices this sort of diet; he eats all of his daily calories in a roughly 6-hour window, starting in the afternoon.“At first it’s a big shock to your system to go a day or most of a day without food,” he says. (In his experiments, people who go on fasting diets report anxiety and irritability, and occasional headaches. Basically, they get hangry.) “But after two weeks to a month, you get used to it,” he says.
Both he and Longo are quick to point out that there’s no research to show which form of fasting is “best.” Also, both recommend consulting a doctor before attempting any form of prolonged food restriction. “Especially for people with diabetes or other metabolic diseases, fasting could trigger hypoglycemia or other dangerous reactions,” Longo says.
But, Longo says, it’s equally clear that “eating all day long every day is a very bad idea.”
Posted by Aloyzio Achutti at 8:32 AM No comments: 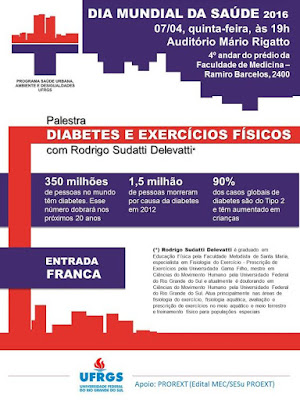 How America's Drug Problem Has Grown

It's not just opioids and heroin. As TIME's analysis shows, fatal overdoses of other drugs are also steeply on the rise
Posted by Aloyzio Achutti at 9:07 AM No comments:

Neurons involved in working memory fire in bursts, not continuously

Exploring long-range communications in the brain

Your guide to reading the worldNov 23, 2015 / Dan Kedmey + Chelsea Catlett [image: Maya Sariahmed for TED] *Author Ann Morgan invites book lovers to follow her on a literary journey through 196 countries.* “I’d always thought that I was well-traveled,” says writer Ann Morgan (TED Talk:My year reading a book from every country in the world), but “actually, when I looked at my bookshelves, they told a very different story about me.” Her shelves were crowded with English-language books, mainly from English-speaking countries. From the rest of the world? “Hardly anything,” she says. So in... mais »

Model Zero: Why You Are Obsolete at Almost Every Level and Live Largely in FictionMarch 18, 2016 author | Ari Heljakkayear published | 2014 What is real? You are inclined to drift deeper and deeper into fictional thinking and obsolescence. You keep constructing and sticking with increasingly obsolete ideas about the world, even though many of them were rather fictional to begin with. Model Zero shows how these forces emerge. Some very basic operating principles of your mind, mental models and language pull you towards fiction. The way you interact with the world through mediating stru... mais »

The Problem of AI Consciousness March 18, 2016 [image: (credit: Susan Schneider)] Some things in life cannot be offset by a mere net gain in intelligence. The last few years have seen the widespread recognition that sophisticated AI is under development. Bill Gates, Stephen Hawking, and others warn of the rise of “superintelligent” machines: AIs that outthink the smartest humans in every domain, including common sense reasoning … more…

BBC: Our Life on Earth

After Brussels, We Must Not Fall Into the Trap of Fear - Chams Eddine ZaouguiTunisian Belgian author; scholar of Arab studies - ASSOCIATED PRESS BRUSSELS — For some time, a sword had been hanging over Brussels, the capital of Belgium and Europe. This ominous intuition became clear when it turned out that the attacks in Paris on Nov. 13 had been partially organized from Belgium. After the Paris attacks, suspect Salah Abdeslam, a 26-year-old Moroccan Frenchman, went into hiding in Molenbeek, a Brussels neighborhood. For months, Belgian security officers searched for him./.... mais »

The Craving for Public Squares Michael Kimmelman APRIL 7, 2016 ISSUE [image: Ludwigkirchplatz, Berlin, 1997]Joachim Schulz/ullstein bild/Getty Images Ludwigkirchplatz, Berlin, 1997 The twenty-first century is the first urban century in human history, the first time more people on the planet live in cities than don’t. Experts project that some 75 percent of the booming global population will be city dwellers by 2050. Dozens of new cities are springing up in Asia, their growth hastened by political unrest, climate change, and mass relocation programs that have cleared vast swaths of the... mais »

The Future of Medicine 2016 Beyond chemotherapy, radiation and surgery, doctors are uncovering new ways to harness the power of the patient’s immune system to combat cancer

Clinical and Practical Psychopharmacology Use of Acetaminophen (Paracetamol) During Pregnancy and the Risk of Autism Spectrum Disorder in the Offspring [FREE] Chittaranjan Andrade, MD Acetaminophen (paracetamol) is widely considered to be a safe drug to use during pregnancy. But it may not be so safe after all. In fact, some studies have associated acetaminophen with neuropsychiatric risks. Here, Dr Andrade looks at the existing data to see whether they implicate acetaminophen as a risk factor for autism spectrum disorders.

New synthesized molecule could reduce brain damage in stroke victims March 14, 2016 [image: This graphic depicts a new inhibitor, 6S, locking up an enzyme (red) to block the production of hydrogen sulfide (yellow and white). Hydrogen sulfide concentrations have been shown to climb after the onset of a stroke, leaving to brain damage. (credit: Matthew Beio, University of Nebraska-Lincoln)] A new molecule known as 6S has reduced the death of brain tissue from ischemic stroke by up to 66 percent in rats while reducing the accompaning inflammation, researchers at the University of Nebr... mais »

A neurofeedback technique for self-motivation March 15, 2016 [image: thermometer] fMRI visual feedback reinforces pleasurable brain sensations Duke University scientists have developed a “neurofeedback” technique to improve self motivation by manipulating specific neural circuits using thoughts and imagery. (Neurofeedback is a specialized form of biofeedback that can help generate strategies to overcome anxiety and stress or to cope with other medical conditions.) “These methods show a direct route for manipulating brain networks …more…

Electron microscope reveals bacteria motor parts in incredible unprecedented detail March 16, 2016 [image: three bacterial motors-ft] May make it possible to design specific drugs to attack targeted bacterial species A new study of the exotic “motors” that bacteria use to swim reveals details of how they “swim” that may make it possible to design specific drugs that sabotage the flagella (tails) in targeted bacterial species. Using a newly installed high-powered electron microscope, researchers at Imperial College London, led by Morgan Beeby, PhD from the … more…