Buddhist Economics: How to Start Prioritizing People Over Products and Creativity Over Consumption

“Work and leisure are complementary parts of the same living process and cannot be separated without destroying the joy of work and the bliss of leisure.”

Much has been said about the difference between money and wealth and how we, as individuals, can make more of the latter, but the divergence between the two is arguably even more important on the larger scale of nations and the global economy. What does it really mean to create wealth for people — for humanity — as opposed to money for governments and corporations?

That’s precisely what the influential German-born British economist, statistician, Rhodes Scholar, and economic theorist E. F. Schumacher explores in his seminal 1973 book Small Is Beautiful: Economics as if People Mattered (public library) — a magnificent collection of essays at the intersection of economics, ethics, and environmental awareness, which earned Schumacher the prestigious Prix Européen de l’Essai Charles Veillon award and was deemed by The Times Literary Supplement one of the 100 most important books published since WWII. Sharing an ideological kinship with such influential minds as Tolstoy and Gandhi, Schumacher’s is a masterwork of intelligent counterculture, applying history’s deepest, most timeless wisdom to the most pressing issues of modern life in an effort to educate, elevate and enlighten./.../ 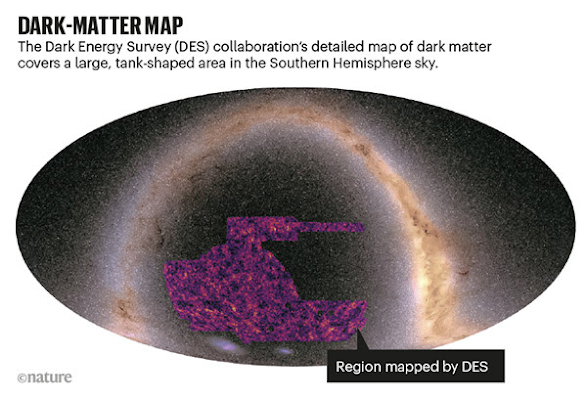 A survey of the southern sky has reconstructed how mass is spread across space and time in the biggest study of its kind. Cosmologists observed the sky between 2013 and 2019 using a 570-megapixel camera at the Víctor M. Blanco telescope at the Cerro Tololo Inter-American Observatory in Chile. The resulting 3D cosmic map provides a record of the Universe’s history. By tracking how galaxies spread out over time, researchers can measure the forces at play. These include the gravitational pull of dark matter — the invisible stuff that constitutes some 80% of the Universe’s mass — and dark energy, the mysterious force that appears to be pushing the Universe to accelerate its expansion. 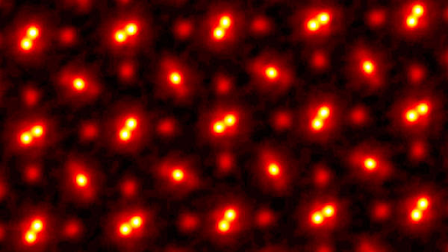 Researchers at Cornell University broke their own record for the highest-resolution image of atoms. They used a technique called ptychography to capture this close-up of atoms in a praseodymium orthoscandate crystal. (New Scientist | 2 min read) (Cornell University)
#From Quanta Magazine